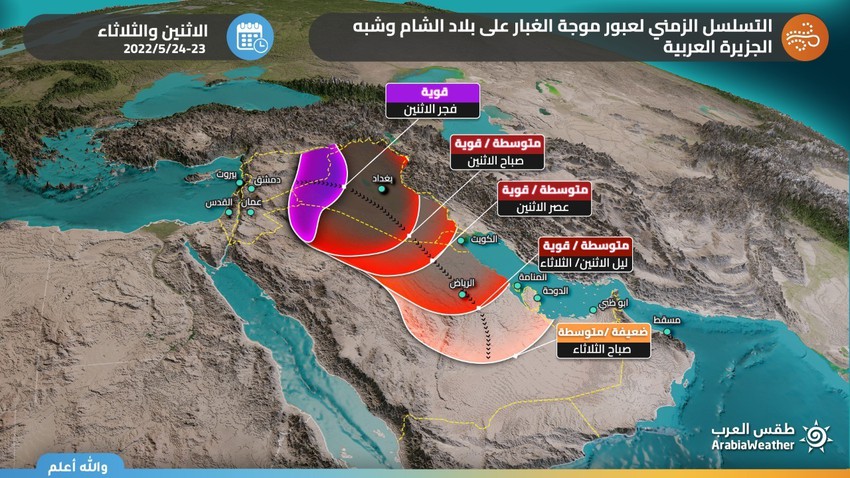 Weather of Arabia - Sinan Khalaf - It is certain that after God's will, the Kingdom of Saudi Arabia was affected again on Monday and Tuesday by unstable weather conditions, in the form of broad waves of dust. It is expected that large parts of the Kingdom of Saudi Arabia will be affected on Monday and Tuesday and directly by a wave of high dust Density, accompanied by a significant decrease and almost absence of horizontal visibility in many areas.

Dust rises at dawn on Monday and is intense from Al-Jawf and the northern borders, and is moving towards Hafar Al-Batin

In the details, it is expected that the impact of the dust wave on the Kingdom will start from the dawn hours of Monday in the regions of Al-Jawf and the northern borders , so that strong north and northwest winds are activated, accompanied by gusts of more than 70 km/hour, and given the rain interruption and the dryness and disintegration of the soil, it is expected that it will form as a consequence. Waves of high-density dust, accompanied by an almost lack of horizontal visibility . 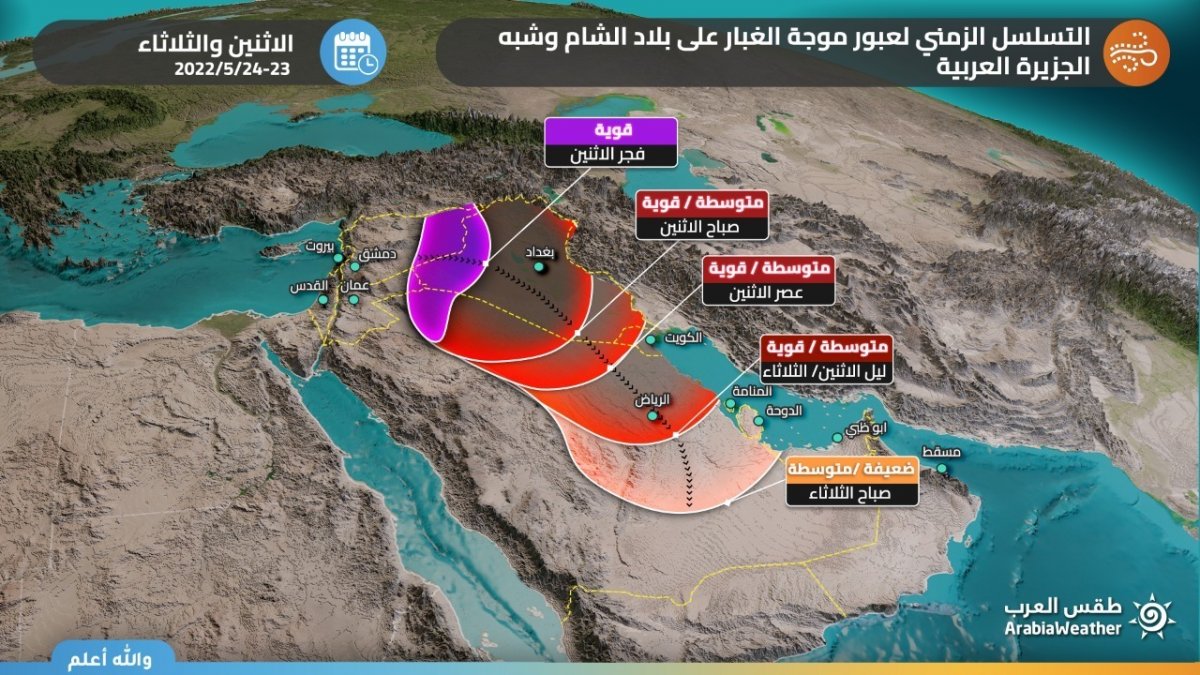 This dense wave of dust is expected to descend quickly towards the south and southeast with the morning hours, to cover all parts of the northern border region, while it is expected that the dust wave with a high intensity will reach the Hafr Al-Batin region with the hours of noon and afternoon on Monday, causing a near-lack of horizontal visibility.

Horizontal visibility will decrease below 500m

Direct effects of the dust wave on Riyadh and Sharqiya

In the evening hours and the night of Monday / Tuesday, the wave of dense dust is expected to deepen towards the center and east of the Kingdom, to include all coastal and interior parts of the eastern region, in addition to the entire Riyadh region, including the capital, and it is expected that the horizontal visibility in the city of Riyadh will drop below 500 meters , which will negatively affect public activities and vital sectors such as transportation, aviation, and others, amid expectations that its impact will continue on Tuesday at least.

Through the advanced “Weather Watch” software, you can obtain services that help reduce losses resulting from weather conditions by providing weather information and early warning for sectors that are significantly affected by weather conditions through the following link ( click here )