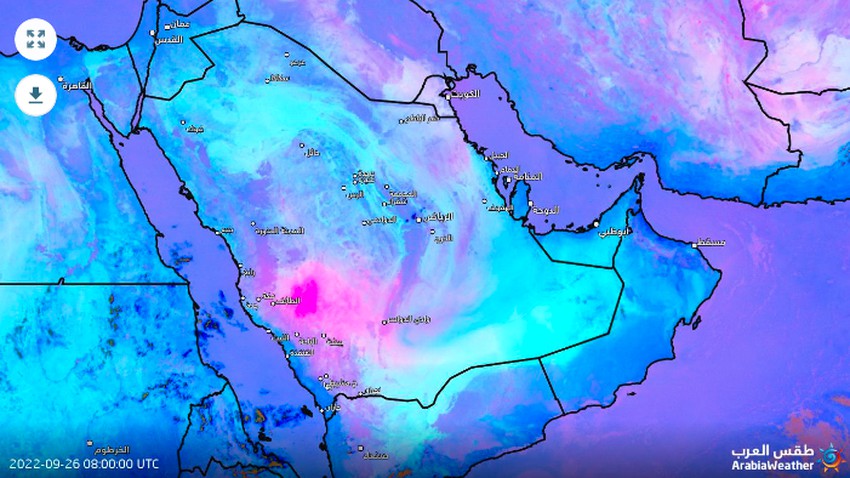 Arab Weather - Sinan Khalaf - the latest satellite images show the movement of the huge mass of dust that affected the east and center of the Kingdom during the past 24 hours, and its concentration in the highlands of the west of the Kingdom, cutting hundreds of kilometers from its main source, "Iraq".

Satellite images show that Taif, Makkah, and parts of Al-Baha, all the way to Wadi Al-Dawasir, were affected by this dust wave, which causes a decrease in the range of horizontal visibility in these areas to varying degrees.

Follow the movement of dust waves via satellite from here

Arab Weather is monitoring the possibility of a new wave of dust forming in the eastern and central parts of the Kingdom at noon today, Monday, and will issue the necessary updates across the various platforms.