Reply now | Summer has not yet begun, and monitoring stations in Kuwait record 50 degrees Celsius in two regions! 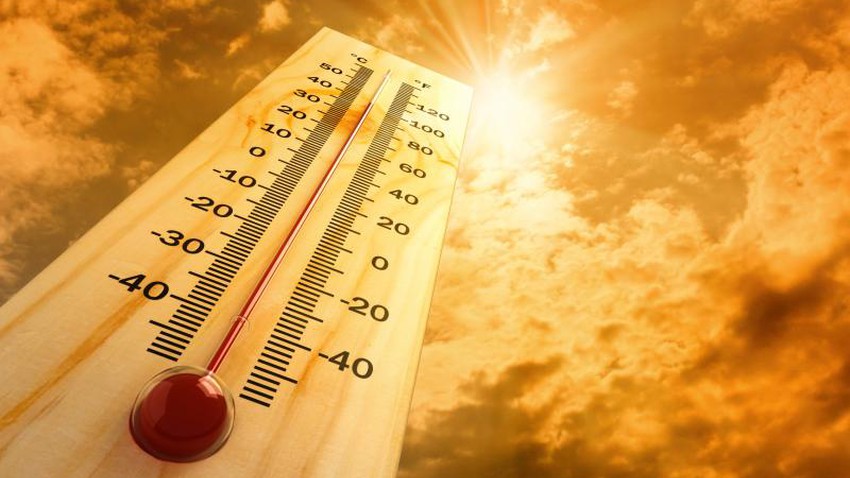 Arab Weather - Monitoring stations of the Meteorological Department in the State of Kuwait recorded yesterday noon, Saturday 5/6/2022 AD, blazing temperatures of 50 degrees Celsius in both Jahra and Wafra, although the region is still astronomical in the spring.

The summer begins every year with the summer solstice this year (June 21), which means that the sun reaches its northernmost point in the sky, and then begins to head south, and the sun on the summer solstice is completely perpendicular to the Tropic of Cancer, which falls North of the equator at about 23.5 degrees latitude.

Regarding the temperatures for the coming days, the forecast staff at the Arab Regional Weather Center said that the State of Kuwait and parts of southern Iraq, in addition to the east and northeastern of the Kingdom of Saudi Arabia, are affected by a very hot air mass, whose impact is expected to continue throughout the days of the current week, accompanied by temperatures exceeding The 50 degrees Celsius.

important | The heat is intensifying and temperatures exceed 50 in parts of the Arabian Peninsula during the coming days..Details