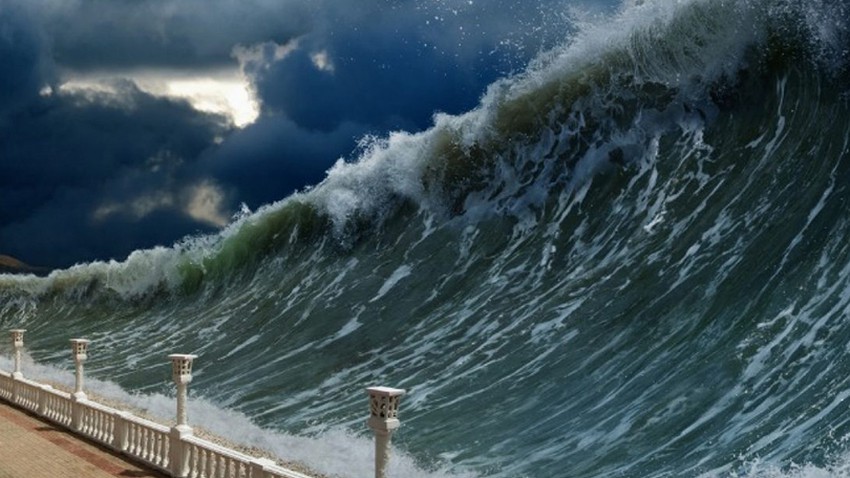 Weather of Arabia - The evacuation of residents began in Kodiak, Alaska, amid a continuous warning of a tsunami after an 8.2-magnitude earthquake struck the coast of the region, as police in Kodiak, the largest town on Kodiak Island, advised residents to move to higher areas.

Parts of Alaska are under tsunami warnings after a magnitude 8.2 earthquake struck off the coast, according to preliminary data from the US Geological Survey.

There have been at least two strong aftershocks, including initial magnitudes of 6.2 and 5.6, the USGS reports.

A tsunami warning has been issued for parts of the state, according to the US National Tsunami Warning Center. They include southern Alaska and the Alaskan Peninsula, from the Hinchinbrook Inlet, (90 miles east of Seward) to the Unimak Pass, and for the Aleutian Islands, from the Unimac Pass (80 miles northeast of Onalaska), to Samalga Pass, Alaska, which is 30 miles southwest of Nikolsky .

A tsunami watch has been issued in Hawaii, according to the Pacific National Weather Service's Tsunami Warning Center, assessing the level of tsunami risk for the US and other Pacific coasts of North America.