Riyadh | A noticeable decline in the pressure of hot weather, starting from Sunday.. Details 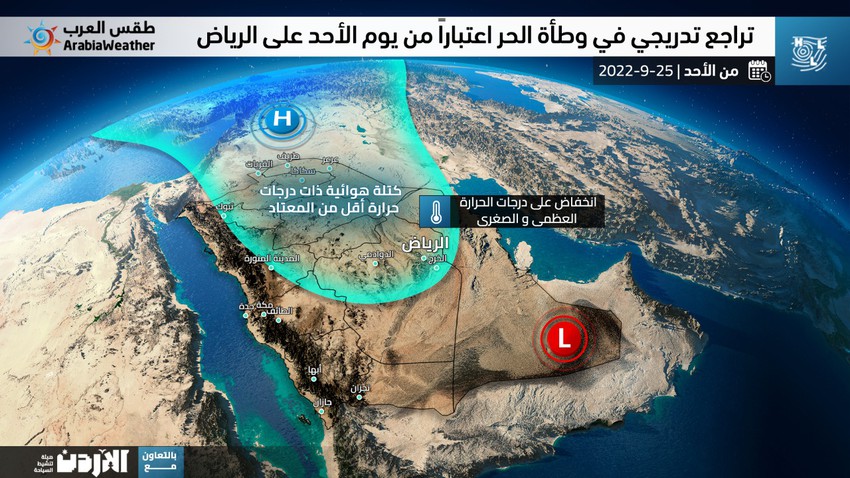 Arab Weather - Sinan Khalaf - The weather forecast staff at the Arab Regional Weather Center monitors the possibility of a less hot and more moderate air mass moving towards the central atmosphere of the Kingdom in the coming days.

According to current forecasts, the effect of the least hot air mass for several months will be clear and tangible in the capital, Riyadh, early next week, as maximum temperatures are expected to drop from 40 degrees Celsius to the mid-30s during daylight hours, while at night in the mid-twenties. A little less, in conjunction with the continued lack of rain opportunities, and God knows best.

Check the temperatures in your area here 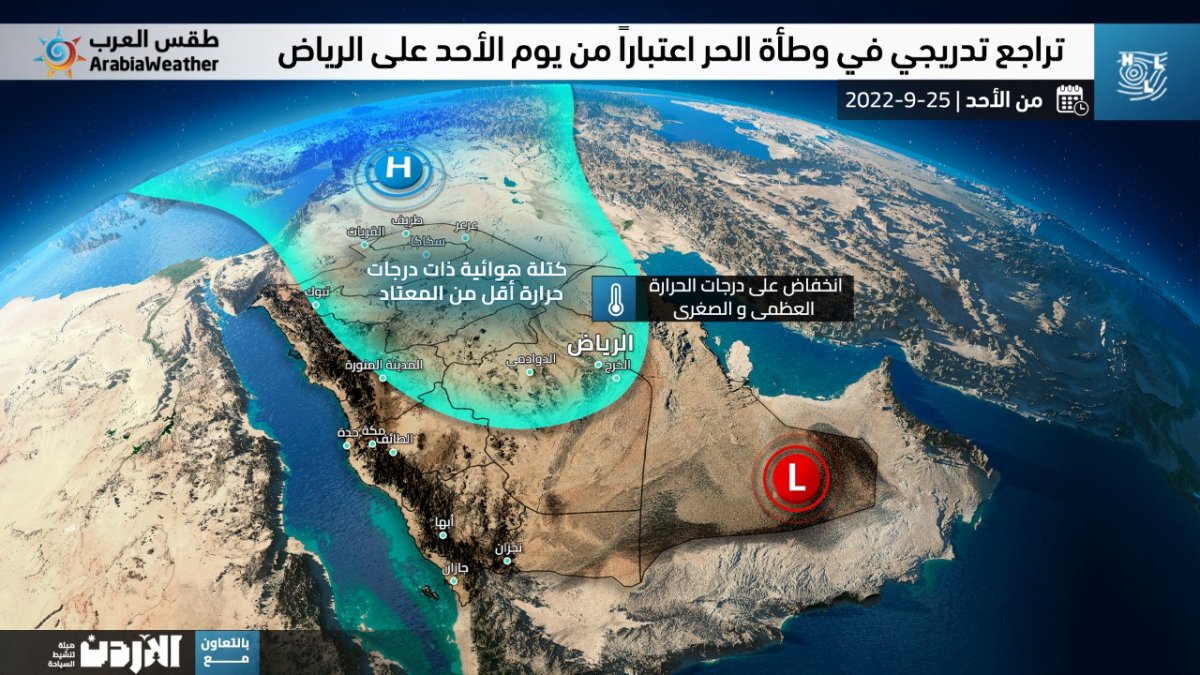 The Arab Weather staff warns of the start of entering the region during a period of thermal fluctuations between rise and fall, which increases the possibility of cold and flu diseases.