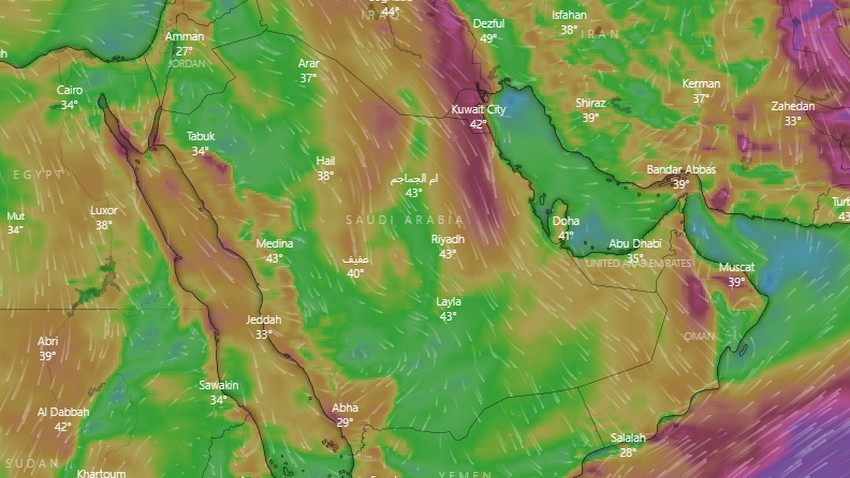 Refraction of winds and dust waves towards the east

The weather is completely stable as of Tuesday

According to the outputs of the computer simulation systems for forecasts of wind and dust movement in Arab weather, it is expected that the western winds will break to the east on Tuesday and Wednesday, moving away from the city of Riyadh. You will be subject to dust and raised dust. 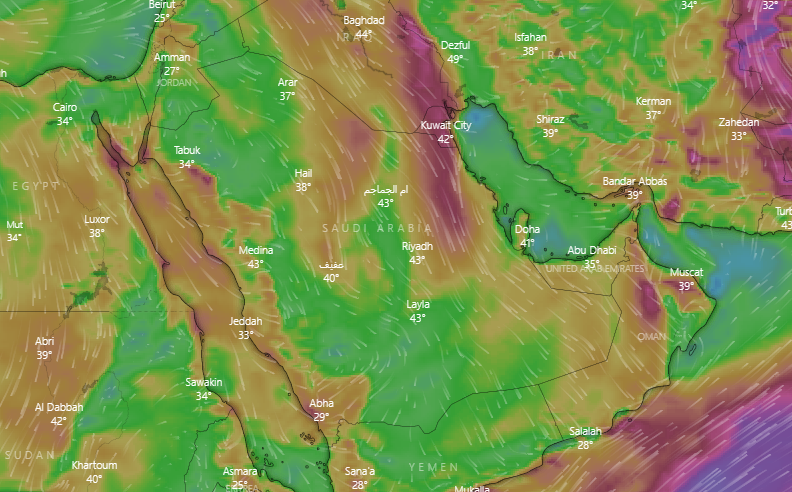 Temperatures in the early forties tomorrow

Regarding the expected temperatures in Riyadh on Tuesday, it is expected that they will be in the early forties, and expectations indicate that they will continue in this way until the end of the week, and God knows best.