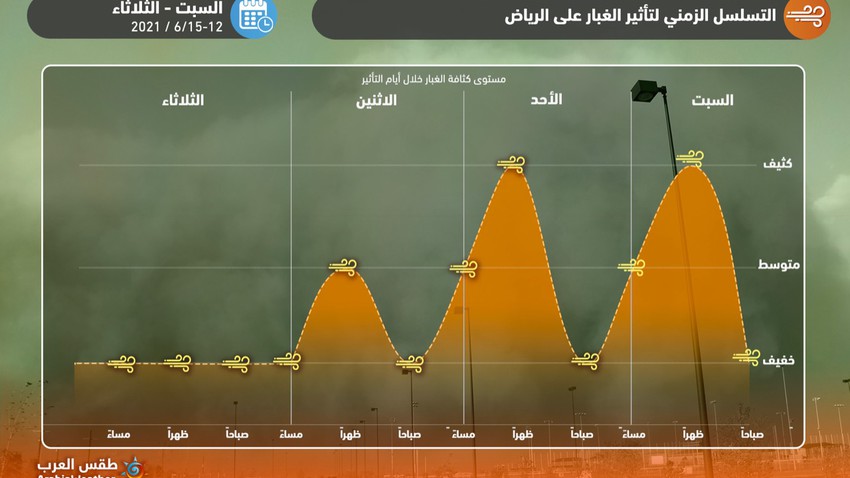 Arab Weather - Sinan Khalaf - The weather forecast staff in Arab weather warned of the continuation of the dusty atmosphere on the capital, Riyadh, with high intensity sometimes until Tuesday, accompanied by a decrease in the horizontal visibility to less than 1000 meters, due to the continued flow of active northwest winds with gifts Sometimes strong towards the area.

Renewed on Sunday and Monday and weakened from Tuesday

In the details, the outputs of computer simulation systems for wind forecasts and dust movement in Arab weather still indicate the continued flow of northwesterly winds dreamed of dust and dust on Sunday and Monday towards the capital Riyadh, accompanied by strong gifts sometimes exceeding the barrier of 60 km / h, and these winds are considered capable of emerging Extensive dust waves due to the drying of the soil and its disintegration due to rain interruption. 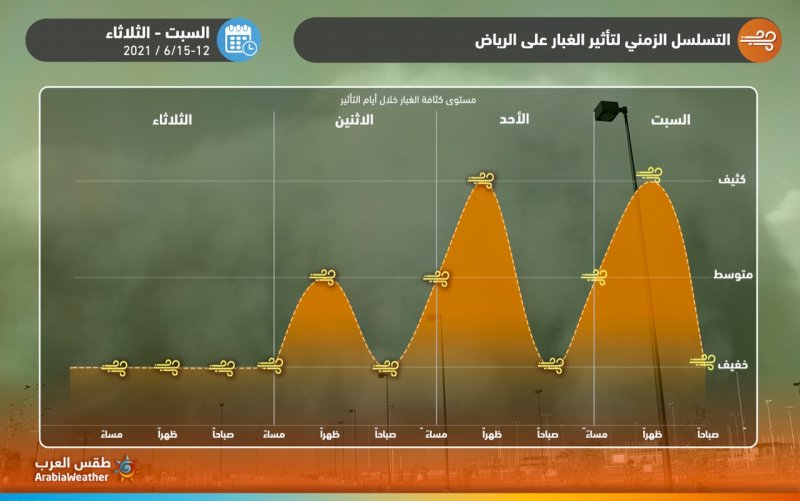 It is expected that the dust waves will be of relatively high intensity on Sunday, as is the case today, Saturday, while it will be of medium intensity on Monday, amid expectations that the influence of the Al-Bawarih winds will decrease in Riyadh as of Tuesday.

Issued today: An alert for Yanbu, Rabigh and Umluj from strong winds and dust waves with gusts of nearly 90 km/h on Saturday, from here

Regarding these expectations and their direct impact on public life, it is worth alerting road users in general and external ones in particular of the low range of horizontal visibility, and it is also worth alerting respiratory and eye patients to the necessity of following the necessary preventive measures to deal with such weather conditions, and we ask God for safety. For everyone.

After the flood disaster, a dangerous explosion rocks the German city of Leverkusen