Riyadh | Large temperature fluctuations during the current week, and a cold and flu alert 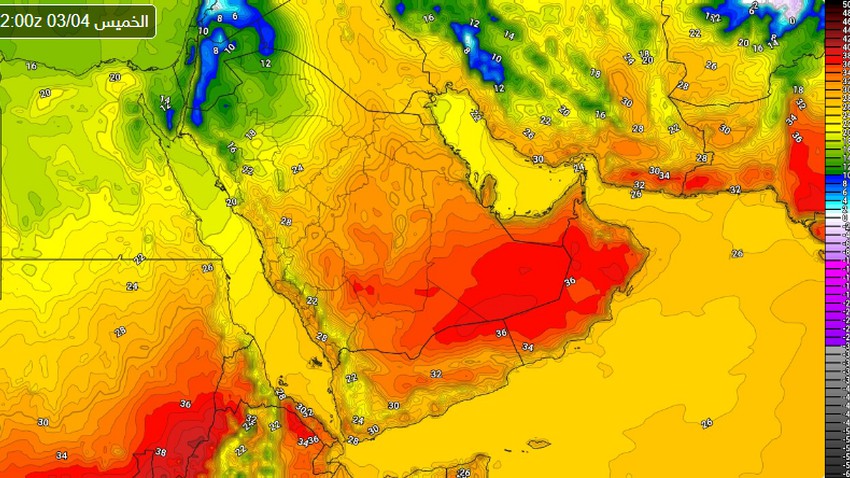 Arab Weather - Sinan Khalaf - is pushing towards the central parts of the Kingdom, God willing, a cold air mass coming from the north, working to reduce temperatures significantly in most regions, including the capital, Riyadh.

The capital, Riyadh, is expected to be clearly affected by the cold air mass, as temperatures are expected to drop from 28 on Monday to 24 on Tuesday, and temperatures will rise again on Thursday to exceed 30 degrees Celsius.

The Arab Weather forecast staff warns of these large fluctuations in temperatures, which would raise the incidence of cold and flu diseases, especially for children and the elderly, and warns of frost formation and the occurrence of freezing in large areas.