Riyadh | Remarkably hot weekend and temperatures around 40 ° C until Sunday 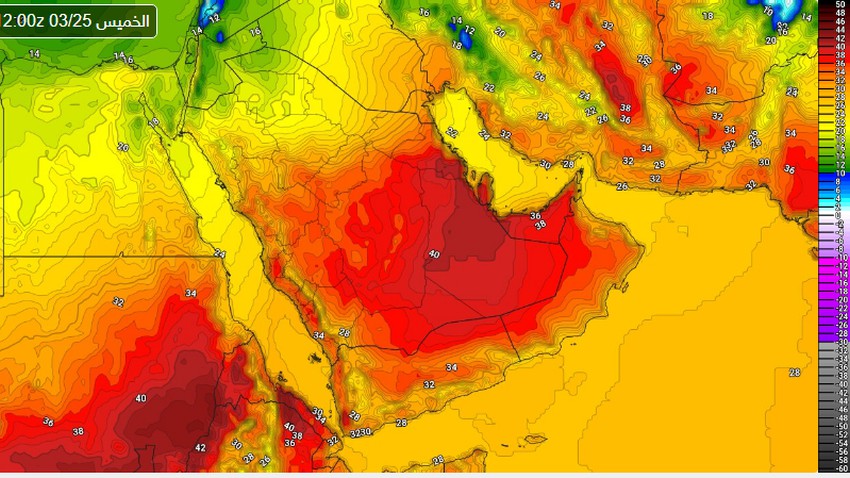 Arab Weather - Sinan Khalaf - It is expected, God willing, that the eastern and central parts of the Kingdom, including the capital, Riyadh, will continue to be affected by the hot air mass until Sunday, God willing

It is expected that this hot atmosphere will continue to dominate the kingdom until Sunday, when it is expected that a less heated air mass coming from the north will rush towards the region, working to reduce temperatures significantly.