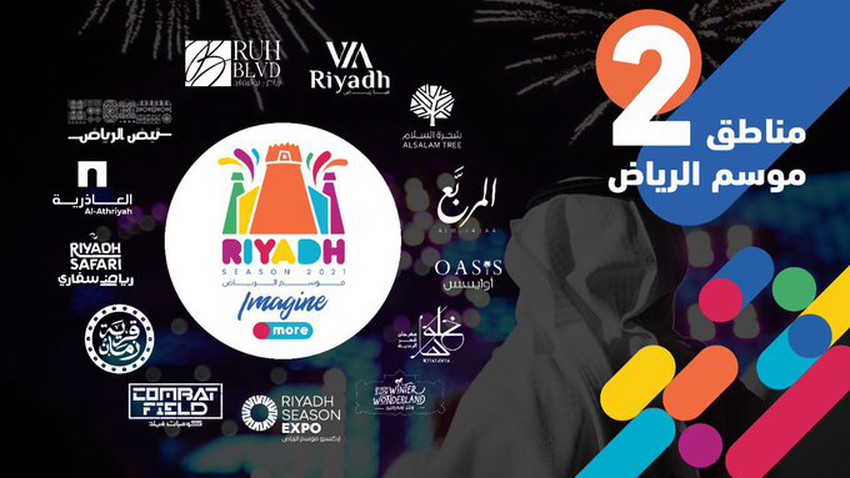 Weather of Arabia - The head of the General Authority for Entertainment in the Kingdom of Saudi Arabia, Counselor Turki Al-Sheikh, announced that the opening ceremony of the Riyadh season 2021 will be - God willing - on October 20, 2021, and many wonderful and diverse events will be held, which are distributed over 14 regions in the city of Riyadh .

The season will start this year under the slogan " Imagine More" , in a clear indication that the new season will carry more events and entertainment activities than the previous season, which was its slogan "Imagine".

Read also: When does the 2021 Riyadh season start? And when does it end?

At the opening ceremony of the Riyadh season this year, the march of the season, as announced, will be a global event greater than imagination, with show cars, and international artists with unmissable imaginative shows!

The activities of the Riyadh Season 2021 will be held in 14 regions, covering an area of 5.4 million square meters. The events are distributed over the following regions:

Riyadh Season (2) will include 7,500 events, including the following:

Messi in the Riyadh season

Al-Sheikh published, through his account on “Twitter”, an advertisement for the entertainment season, which witnessed the participation of Messi alongside the Brazilian Neymar and the French Kylian Mbappe.

A match between Al Hilal stars and Paris Saint-Germain

The Saudi fans will witness a great surprise, represented by a friendly match between the stars of Al Hilal and Al Nasr against Paris Saint-Germain, with all its stars, such as the Brazilian trio Neymar, the French Mbappe and the Argentine Lionel Messi, in January 2022!