Riyadh season | The approximate date of the historic match between the stars of Al Hilal, Al Nasr and Paris Saint-Germain in Riyadh 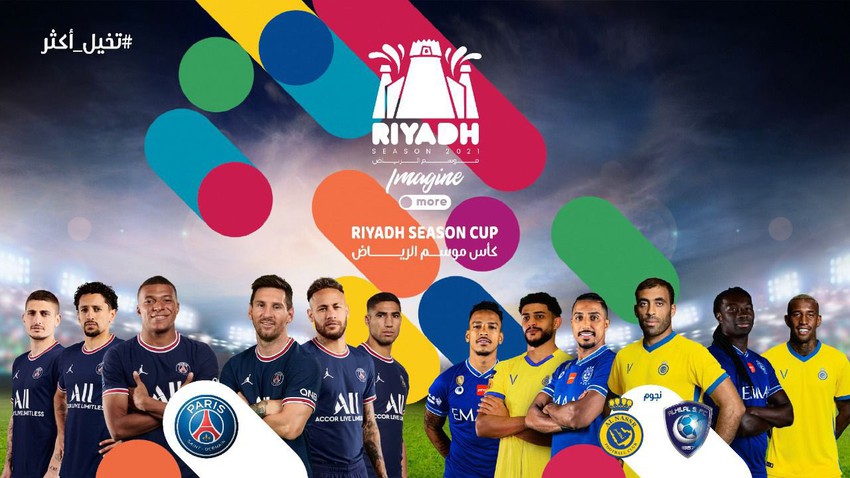 Weather of Arabia - Turki Al-Sheikh, the Saudi Minister of Entertainment, announced a very pleasant surprise for Saudi fans, represented in the holding of a historic match within the Riyadh season next January.

The Saudi Ministry of Entertainment is holding many artistic, sports and entertainment events within the Riyadh season, which will start on the 11th of next October under the slogan "2019 was Imagine... 2021 Imagine More".

Al-Sheikh set the date for the match, which will be held next January, without specifying a specific date, stressing that the French team will attend with all its stars.

So that you can imagine more.. a match of high caliber that brings together the stars of Al Hilal and Al Nasr in one team against the strongest teams in the world Paris Saint-Germain Club with all its stars in the Riyadh Season Cup
Stay tuned for it next January #Saint_Germain_in_Season_Riyadh @PSG_inside @Alhilal_FC @AlNassrFC pic.twitter.com/L854h2WrJR

He wrote on Twitter, "So that you can imagine more... a match of heavy caliber that brings together the stars of Al Hilal and Al Nasr in one team against the strongest teams in the world, Paris Saint-Germain, with all its stars, in the Riyadh Season Cup. Stay tuned for it next January."

Paris Saint-Germain recently included Argentine star Lionel Messi in a free transfer deal after the end of his contract with Barcelona, and this match may be his first visit to the Arab region in the French shirt.

It is noteworthy that the Kingdom of Saudi Arabia will host many major sporting events during 2021, most notably the Club World Cup in handball, along with the Italian Super Cup and the Spanish Super Cup.