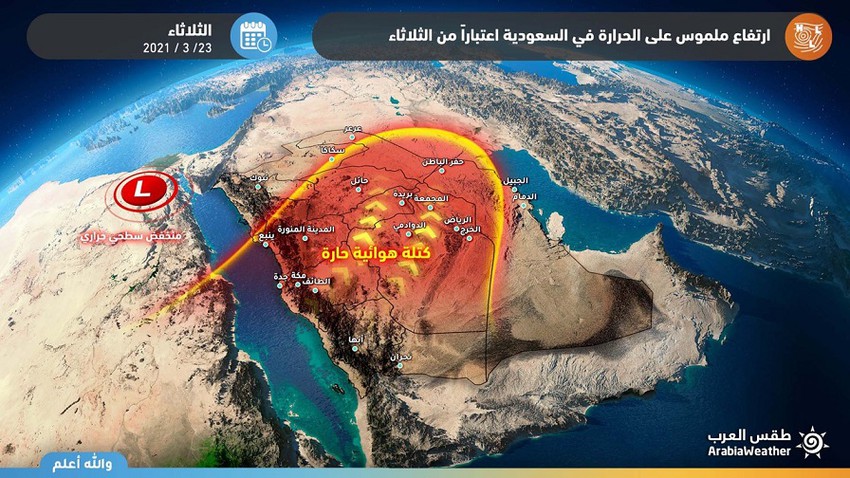 Arab Weather - Sinan Khalaf - Temperatures increase further in the world, Riyadh, and a hot atmosphere in general prevails, especially on Wednesday and Thursday.

A hot air mass is pushing towards the area

It is expected that this hot climate will continue to dominate the kingdom until early next week, when it is expected that a less heated air mass coming from the north will rush towards the region, working to reduce temperatures significantly.