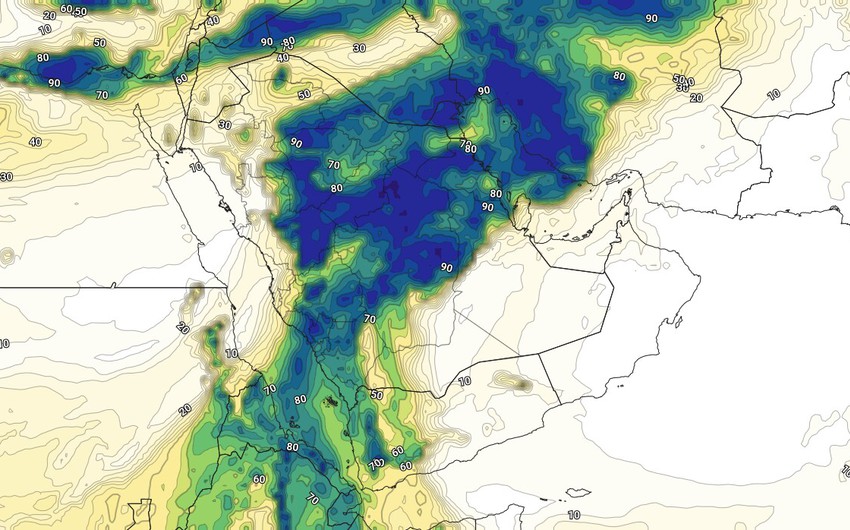 With the widening effect of the rainy situation , the capital, Riyadh , becomes within the affected areas on Friday, where rain clouds multiply and showers that are heavy in some periods may be accompanied by thunder sometimes, and these rains work on high water levels in the streets and the flow of valleys and reefs.

Unsteady weather continues Saturday and Sunday at the very least

All the central regions of Saudi Arabia and the capital, Riyadh, remain under the influence of a state of air instability during the weekend and the beginning of the next week, and the chances of rain with varying intensity, interspersed with thunder sometimes, until Sunday at least.

Temperatures will record a significant drop on Friday, as autumnal weather prevails during the day and cold at night, and the capital, Riyadh, records extreme temperatures in the early twenties, while the smallest reaches 15 degrees Celsius.