Riyadh: The temperature drops to the early thirties at the beginning of the week 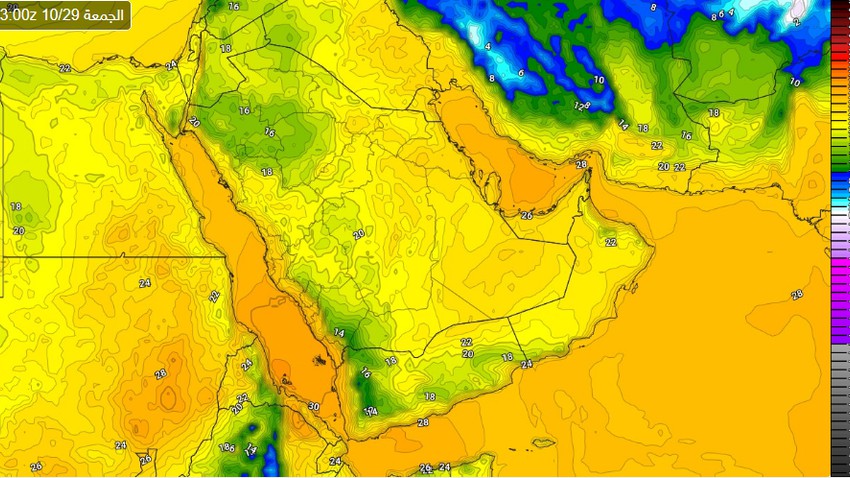 Arab Weather - Sinan Khalaf - The latest output of our computer simulation systems at the Arab Regional Weather Center indicates the movement of a relatively less hot air mass towards the central parts of the Kingdom at the end of the week, working to reduce temperatures. 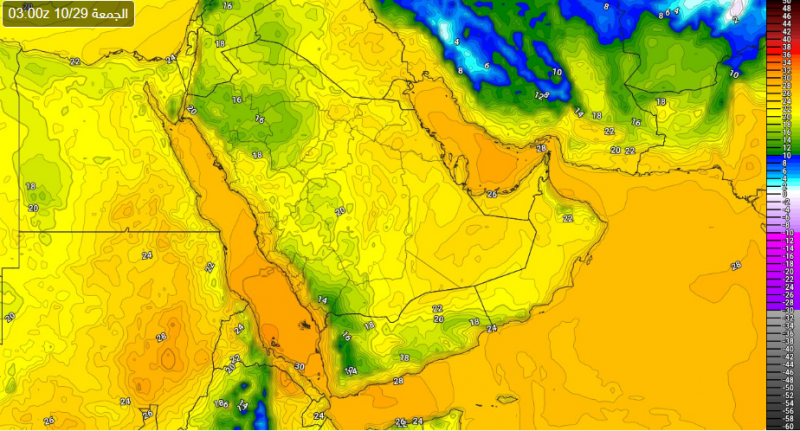 The effect of the moderate mass will be clear and tangible in the capital, Riyadh, at the end of the week, where it is expected that temperatures will be around 32 degrees Celsius during the day, while at night, they will be in the early twenties.

Early warning - Saudi Arabia | An additional flow of tropical humidity and expectations of more rain in Jizan, Asir and Al Baha at the end of the week