Riyadh | Warning of dense waves of dust on Monday night, dawn and daytime on Tuesday, and a significant decrease in horizontal visibility is expected 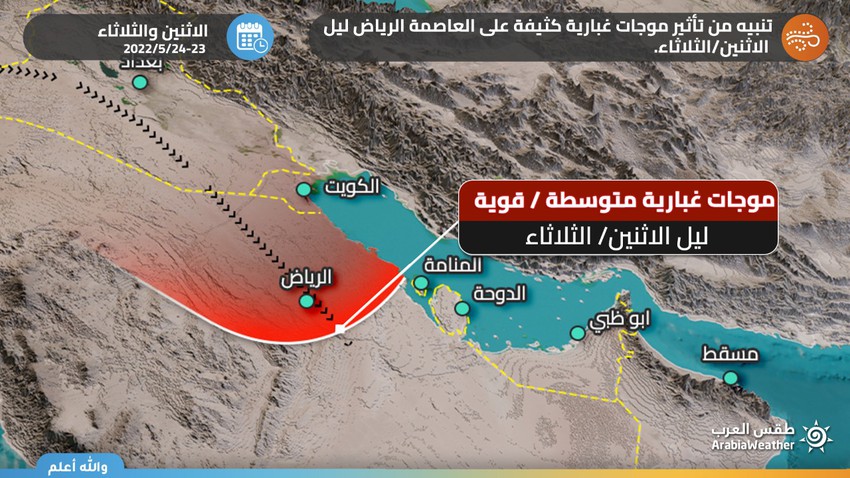 Arab Weather - Sinan Khalaf - The weather forecast staff in Arab weather warned that the city of Riyadh was affected on Monday night, dawn and Tuesday morning by a high-intensity dusty atmosphere, and the following are its details:

A broad wave of dust affecting Riyadh on Monday/Tuesday night

In the details, the outputs of the computer simulation systems in the Arab weather still indicate the rush of a less hot air mass towards the Levant region, pushing strong northwesterly winds emanating from Syria and moving towards Iraq, causing the emergence of a strong dust storm that moves quickly towards central and southern Iraq, then Kuwait and the drilling area. Al-Batin and then the Riyadh region.

Forecasts indicate that the city of Riyadh will be directly affected by this dust wave on Monday/Tuesday night, as active northern winds blow with dust and dust, accompanied by gusts exceeding the 50 km/h barrier, accompanied by a significant decrease in horizontal visibility below 500 m. 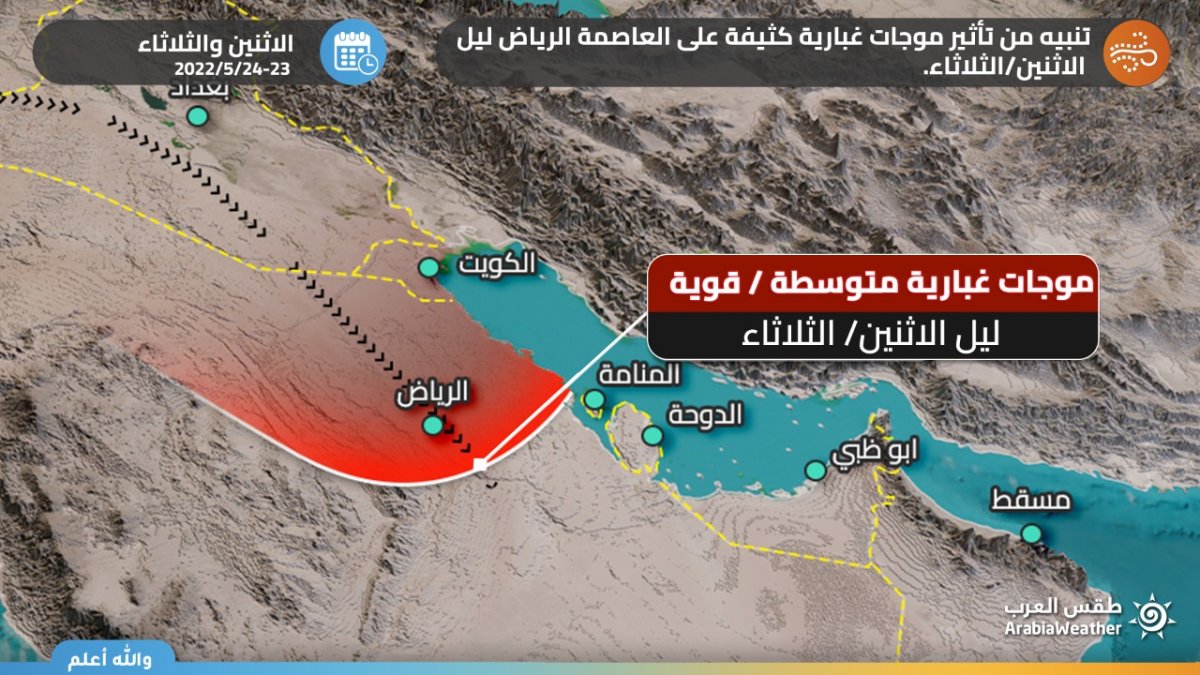 Significant decrease in the range of horizontal vision

Regarding these expectations and their direct impact on public life, it is necessary to warn road users in general and external ones in particular of the low range of horizontal visibility, and it is also worth alerting respiratory and eye patients to the necessity of following the necessary preventive measures to deal with such weather conditions, and we ask God for safety. For everyone.