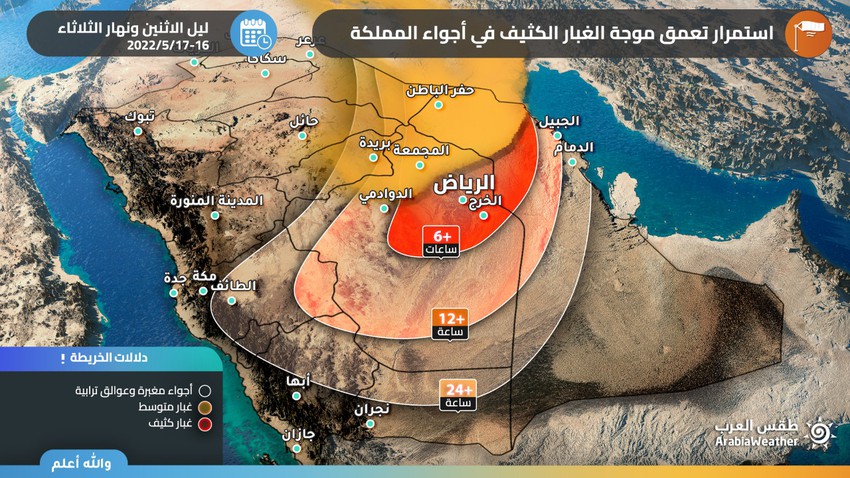 Arab weather - Sinan Khalaf - the latest satellite images show the continued deepening of the wave of dense dust coming from the north in the Kingdom's atmosphere, to affect strongly and directly during the hours after midnight Monday / Tuesday on the capital Riyadh, in addition to all eastern parts of the Kingdom, including coastal parts such as Dammam And Jubail. 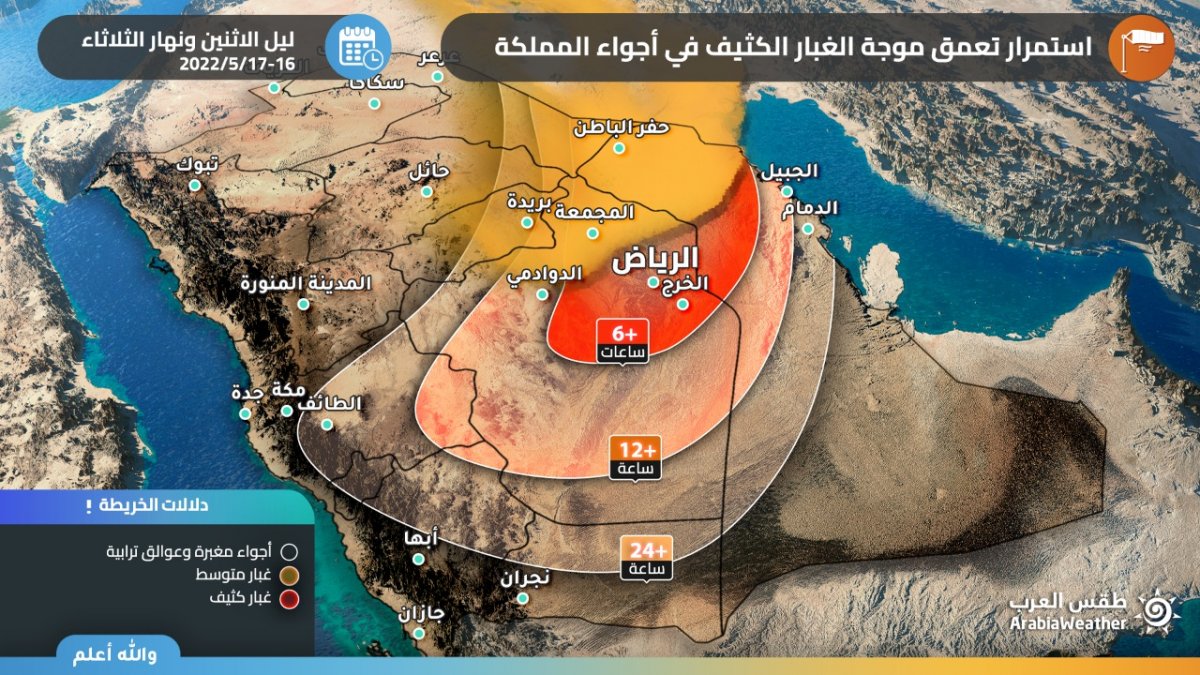 Heavy dusty weather in Riyadh in the coming hours

The capital, Riyadh, will not be far from this dust wave, as the latest satellite images indicate that the dust storm is gradually approaching the capital, Riyadh, and it is expected to affect it directly and with high intensity before dawn, so that the surface winds activate with it and the horizontal visibility decreases to less than 500 , to continue with varying intensity during the hours of Tuesday morning.