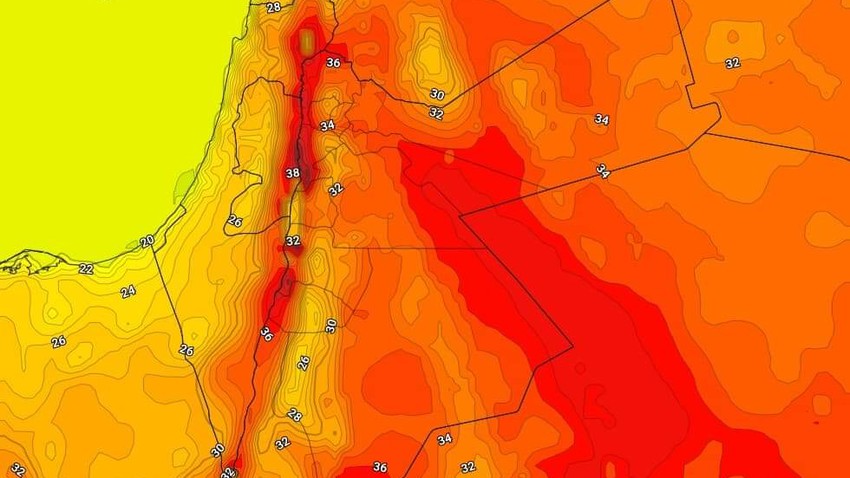 Arab weather - there is a further rise in temperatures, and the weather is relatively hot in various regions of the Kingdom and hot to very hot in the Jordan Valley, the Dead Sea and Aqaba, and temperatures continue to be higher than their usual rates for this time of the year, with clouds appearing at different altitudes and there is a possibility Thunder showers of rain in narrow and dispersed geographical ranges, especially in the south and east of the Kingdom, especially in the afternoon hours, and thunder clouds are actively associated with the speed of the surface winds if they occur.

The weather continues to be moderate at night hours, and clouds continue to appear at different altitudes, and the possibility remains for thunderstorms of rain in narrow geographical ranges from the south and east of the Kingdom, and thunder clouds are actively associated with the speed of the surface winds if they occur, and the winds are light to moderate westerly. It will also be southeasterly, moderate to active, in the eastern desert.