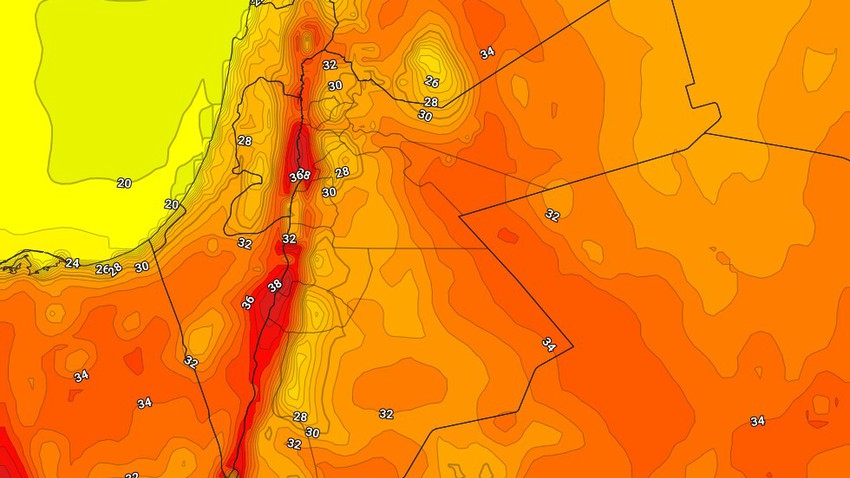 Arab Weather - The effect of the relatively warm air mass decreases from the climate of the Kingdom on Saturday, so that the temperatures decrease, but they remain higher than their usual rates for this time of the year by about 8 degrees Celsius, and the weather turns to be warm in the mountain heights, and relatively hot in the rest of the regions, and hot In the Jordan Valley, the Dead Sea and Aqaba, with the appearance of some medium and high clouds in parts of the Kingdom, the winds will be northwesterly moderate to active speed, especially on the east of the Kingdom, and are accompanied by strong gusts that raise dust and dust in desert areas.

The weather continues at night hours in fairness in all regions, and the winds will be north to northwesterly moderate, light to moderate in speed, and are active sometimes in some areas, especially the eastern ones.