Saturn, the jewel of the solar system, meets the sun in the sky of Earth on Monday 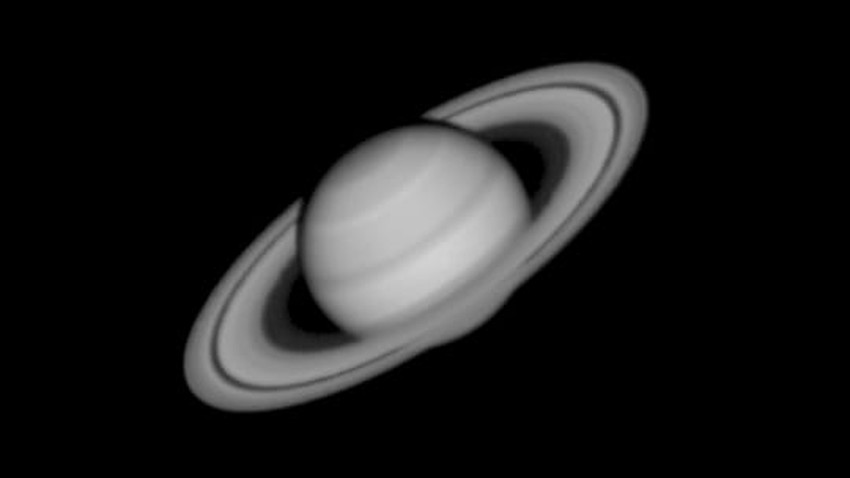 Weather of Arabia - Saturn, the jewel of the solar system, reaches a state of convergence with the sun in the sky of the earth on Monday, 20 July 2020, where the Earth will be between Saturn, the Lord of the Rings and the Sun. The night is at best, and it is the best time to monitor and photograph the planet and its moons, according to the Astronomical Society in Jeddah,

How can Saturn be seen?

The Assembly stated that Saturn's rings and a number of its large moons can be seen through a medium-sized or larger telescope, as the planet will shine on the southeastern horizon with sunset and reach the highest point in the sky at midnight local time for Saudi Arabia and will set off at the western horizon with sunrise the next day.

About five hours after the occurrence of the convergence, Saturn will be at the closest distance to Earth (according to astronomical scales), in fact it is not at all near as it is about 10 times our distance from the Earth and the sun.

Will Saturn be confined to the night of Monday 20 July 2020?

The association added on its Facebook page that it should be known that the appearance of Saturn, the Lord of the Rings in its best solution, will not be limited to this night only, as it will be in good condition for monitoring in the evening sky on the nights of August and September and October, which means throughout the summer in the northern hemisphere .

Saturn can be found in its distinctive golden color towards the southeastern horizon after darkness of night and near it to the planet of Jupiter Shining and will remain apparently next to each other for the rest of the year.

The rapid movement of the globe in its orbit around the sun causes it to fall between Saturn and the sun once a year, more specifically with a delay of two weeks each year.

If we could look from far into space towards the solar system, we would see our planet, the sun, and Saturn lined up, but not for a long time, as the earth moves in its orbit at a speed of 29 km per second compared to Saturn, which moves about 9 km per second.

The planets that revolve around the sun within the Earth's orbit, which are Mercury and Venus, cannot be in a state of correspondence. This state occurs only with the planets behind the Earth's orbit and includes Mars, Jupiter, Saturn, Uranus, Neptune, and the dwarf planet Pluto, so this can meet the sun in the sky of the earth.

All of those planets behind the Earth’s orbit reach each other every time the Earth moves between those planets and the sun. So Mars meets every two years, and Jupiter’s encounter comes one month late every year, while Saturn’s convergence occurs about two weeks late every year. From the Sun, the time period between two successive encounters was shorter.

Glass, diamonds, and iron ... This is how rain falls on other planets!

Saturn is the sixth planet in terms of distance from the sun and it is the farthest planet in our solar system that can be seen easily with the naked eye. Kilometers, so this planet is a beautiful world in the full sense of the word when watching it through the telescope.