Saudi Arabia 12:30 pm | Chances of rain will extend from Al Sharqiya to Riyadh in the coming hours 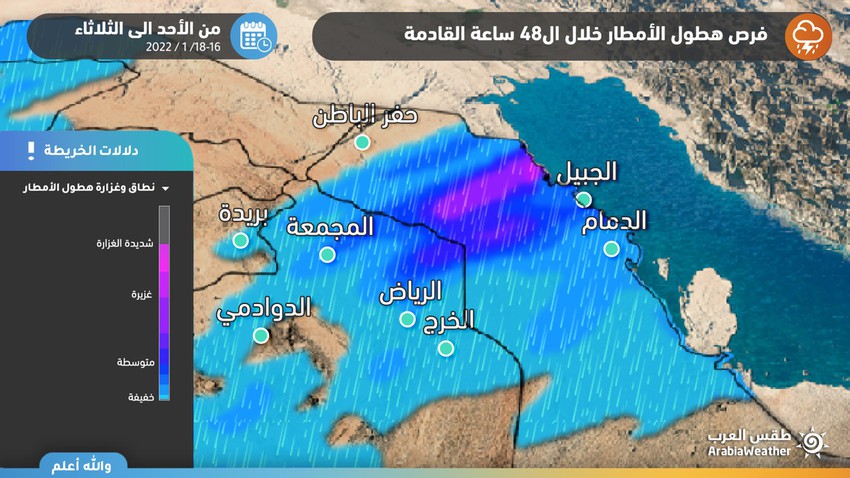 Arab Weather - Sinan Khalaf - The latest output of our computer simulation systems in Arab weather indicates that the eastern parts of the Kingdom are still affected by a state of atmospheric instability, which has worked during the past hours on the proliferation of clouds and precipitation.

The rain extends and includes Riyadh

Increasing chances of rain in Sharqiyah and Riyadh on Tuesday afternoon

In the details, it is expected, God willing, with hours during the afternoon and afternoon hours of Tuesday, that the effect of the state of atmospheric instability in the center and east of the Kingdom will increase, resulting from the rush of a cold air mass coming from the north in conjunction with the presence of another warm mass to the south, which leads to the emergence of cumulus clouds and precipitation. In the areas of collision of the two blocs, namely Riyadh and Sharqia. 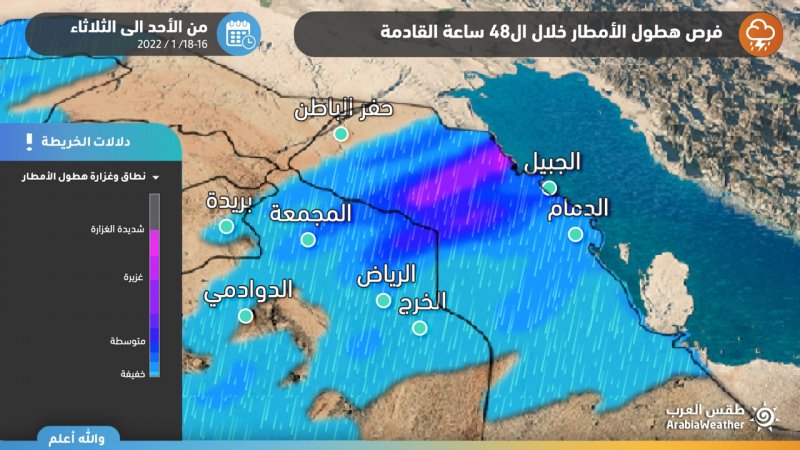 It is expected, God willing, that these rains will be in the form of scattered showers from time to time, accompanied by lightning and thunder sometimes, and they will continue at intervals that will continue until the evening evening, God willing. 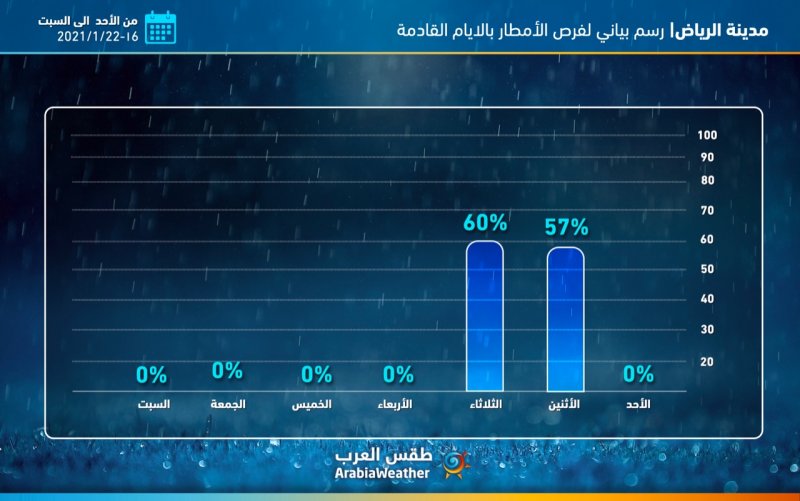 The latest forecasts issued by the forecast staff indicate that the chances of rain will decrease from the capital, Riyadh, from Tuesday evening, to prevail in a stable atmosphere in general until the end of the week.

Urgent | Snowy night awaits Al-Jawf and the northern borders, and more intense snow is expected on the heights of Tabuk..Details

Saudi Arabia | A new state of instability that begins tonight and continues until Tuesday, and includes these areas

Saudi Arabia | Makkah Al-Mukarramah records the highest temperature on earth during the past 24 hours.. Details