Arab weather - the latest weather maps received from global centers indicate that a moderately hot and humid air mass is expected to rush to the eastern Mediterranean region, including the northwestern parts of the Kingdom gradually, starting on Saturday, as temperatures begin to decrease, both major and minor, starting from the region Al-Jawf and parts of the northern borders (Tarif governorate) on Saturday, to deepen on Sunday to include the regions of Al-Jawf, Tabuk and parts of the northern borders (the governorates of Turaif and Arar), while it includes most of the northwest regions of the Kingdom on Monday, God willing. 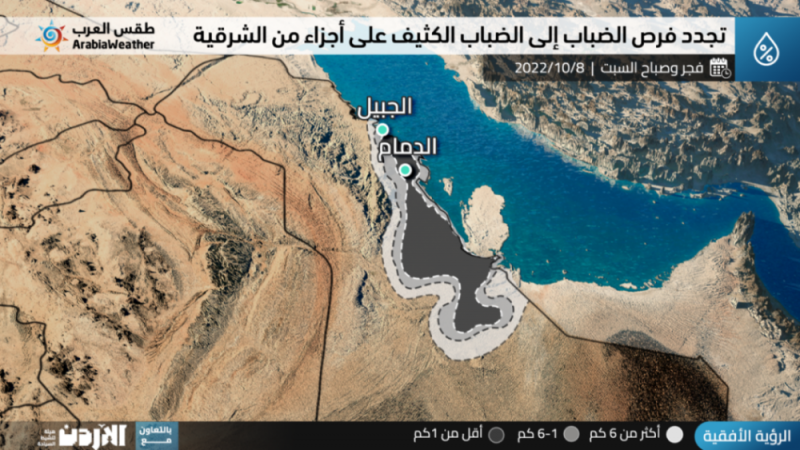 It is expected that chances of fog formation will renew to thick fog in parts of the Eastern Province, with the late night hours of Friday / Saturday, dawn and Saturday morning, accompanied by a decrease and perhaps almost non-existence in the range of horizontal visibility in some areas, including Dammam and Jubail, and the atmosphere remains relatively warm to warm in General areas at night while it tends to be cold over the heights of the southwest of the Kingdom and parts of the heights of the northwest of the Kingdom, especially with the late night hours of Saturday / Sunday and Sunday morning.