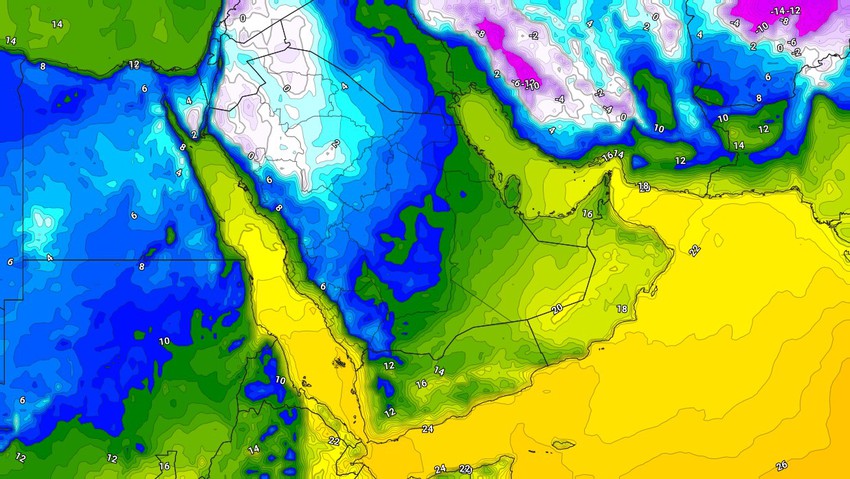 The weather of Arabia - Sinan Khalaf - is a new air mass, with which it carries the freezing cold of large areas of the Kingdom, its effect starts from Friday, and continues until Monday, carrying with it the nights of cold, and temperatures reaching zero percent.

In the details, it will rush towards the Kingdom, beginning with the northern parts, including an extremely cold polar block of origin , accompanied by zero temperatures , which will extend quickly and extend its influence to cover wide ranges of the Kingdom, provided that its influence will continue until Monday, God willing.

Temperatures around Celsius in many areas

Temperatures are expected to drop significantly in most regions of the Kingdom, Arar Al Qurayyat, Tarif, Shakaka, Al-Jouf, Tabuk and the northern borders. The impact of the cold block extends to both Hail, Al Qasim and parts of the Riyadh region. , With an opportunity to form frost in some areas.

Special bulletin | Forecasts of wind movement and its impact on locusts

South Korea announces the first death from the Corona virus