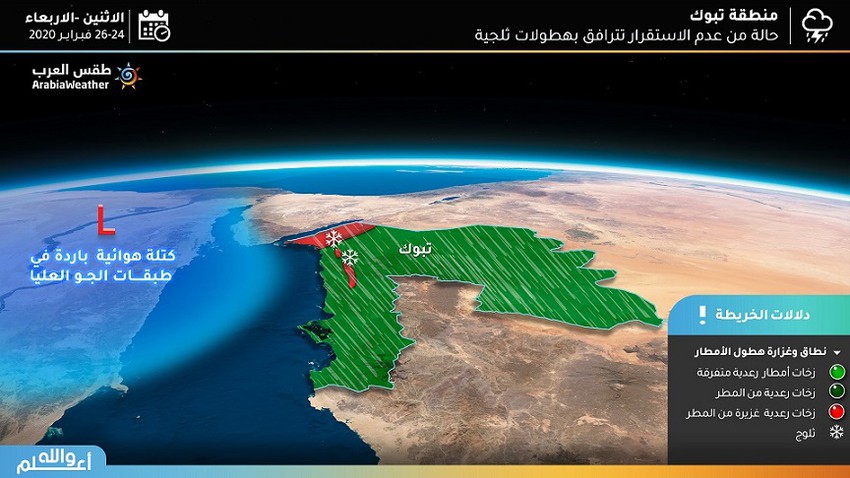 Weather of Arabia - Sinan Khalaf - The latest information issued by the weather forecast cadre in Arab weather showed the influence of the general population of Tabuk in unstable weather conditions from Monday evening until Tuesday evening, it is classified as medium in general, and is associated with a high probability of snowfall on Mount Almond For more information about Snow Almond Mountain click here

These weather fluctuations are due to the Kingdom being affected by the crossing of a cold air mass coming from eastern Europe through the Egyptian territories and then directly towards the northwest of the Kingdom on Monday evening, God willing, working to reduce temperatures significantly in the general northern and northwestern regions, while the great temperatures decrease in Tabuk to become 15 degrees Celsius on Tuesday

Learn about the ranking of your city among the Kingdom's cities in terms of average annual rainfall amounts ... Click here