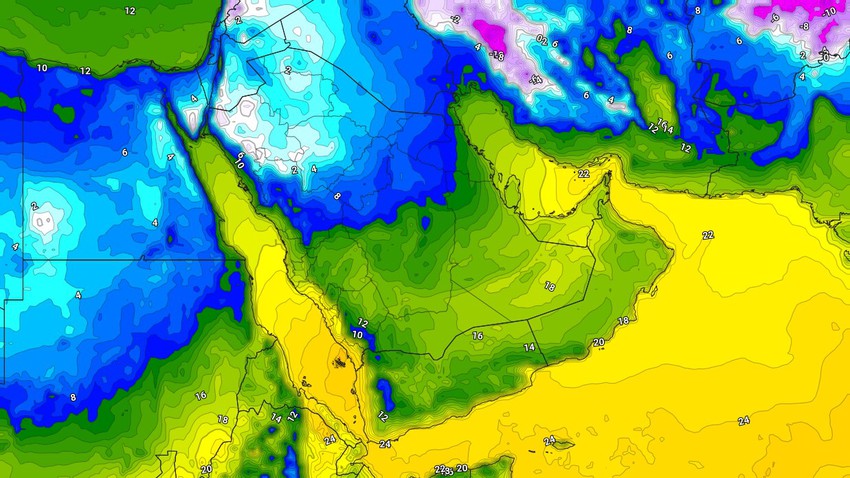 Arab weather - God willing, several parts of northern and central Saudi Arabia are expected to be affected on Thursday 27-01-2022 by the direct effects of a cold, rushing air mass from the eastern Mediterranean, and these times will affect the atmosphere of the Levant amid widespread snowfalls in some of the last mentioned areas. .

The minimum is below zero percent in some areas

Regarding the details, a cold air mass rushed from eastern Europe to the eastern basin of the Mediterranean Sea, and it is expected to affect directly starting from the north of the Kingdom and gradually towards the central regions to affect Riyadh on Thursday/Friday night, God willing. 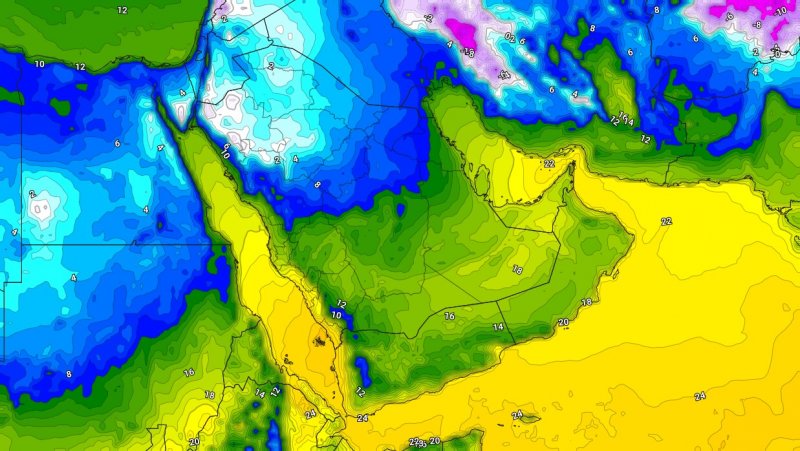 The same cold mass will lead to a sharp and significant drop in temperatures on Thursday in "Al-Jawf - Tabuk - Northern Border - Hail - Qassim - Hafr Al-Batin - Madinah", to deepen further on Thursday/Friday night and Friday to directly affect the Eastern and Riyadh all the way to the southern parts of the Kingdom.

In the midst of very low temperatures in the night hours and below zero degrees Celsius in large and several parts of the north of the Kingdom, God willing, the opportunity is also favorable for frost formation during the early morning hours in the same areas.