Saudi Arabia | A severe cold wave affects large areas of the Kingdom, including Riyadh, at the weekend 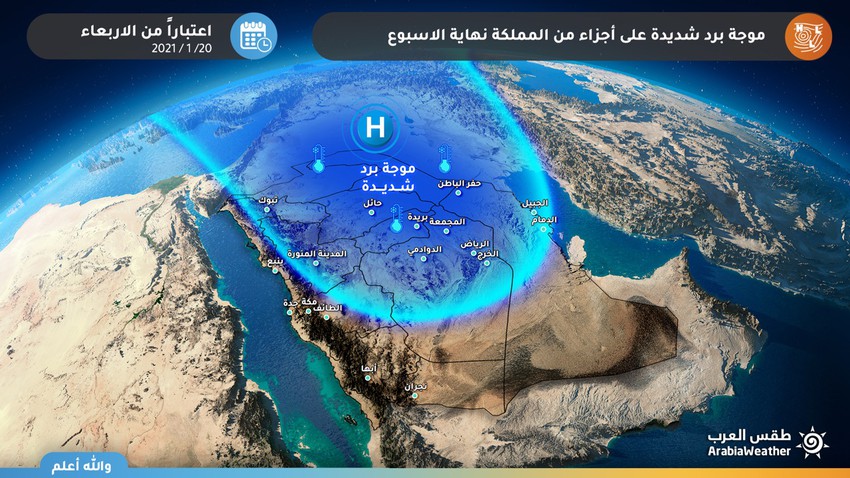 Arab Weather - Sinan Khalaf - The latest weather forecast received by us in ArabiaWeather indicates that large parts of the Kingdom of Saudi Arabia will be affected at the end of the week by extremely cold air masses, working to reduce temperatures to below zero degrees Celsius in large areas.

Air mass of polarity and temperatures below zero degrees Celsius

This polar air mass with extreme cold is expected to rush from the eastern Mediterranean towards the Levant region and then the north of the Kingdom on Wednesday, and extend rapidly at night hours Wednesday / Thursday throughout the northern and central regions of the Kingdom, and its effect intensifies on Friday / Saturday night, so that the atmosphere prevails Very cold, and temperatures around to below zero degrees Celsius in large areas, with high chances of the formation of frost and ice in the regions of Al-Jawf, Tabuk, the northern borders, Hail, Al-Qassim, the heights of Medina and reaching the capital, Riyadh.