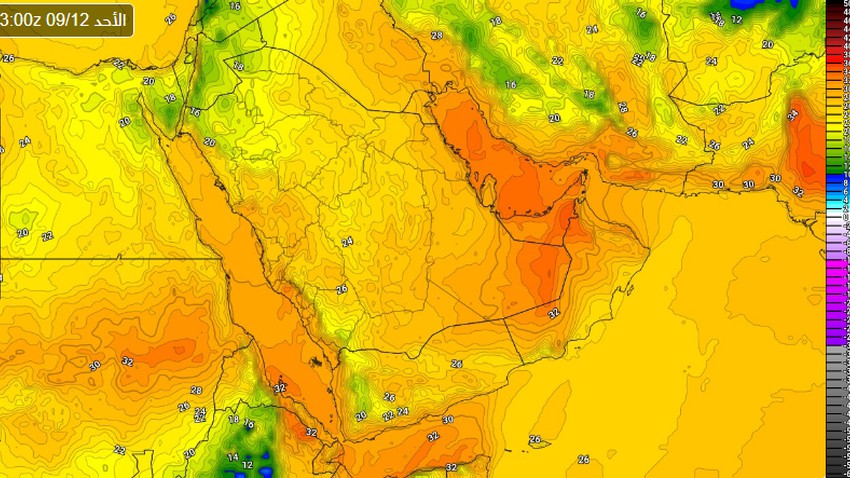 Arab weather - Sinan Khalaf - The northern parts of the Kingdom are mainly affected by a rush of an air mass that can be described as moderate, working to reduce temperatures clearly and tangibly.

16 Celsius at night in Qurayyat and Turaif

In the details, it is expected that more moderate weather will prevail in the northern parts of the Kingdom, so that the weather will be moderate in the daytime hours and cold in the night and early morning hours, and it is expected that some border areas with Jordan, such as Qurayyat and Turaif, will record low temperatures at night that reach 16 degrees Celsius at dawn on Sunday During the day, it is in the early thirties. 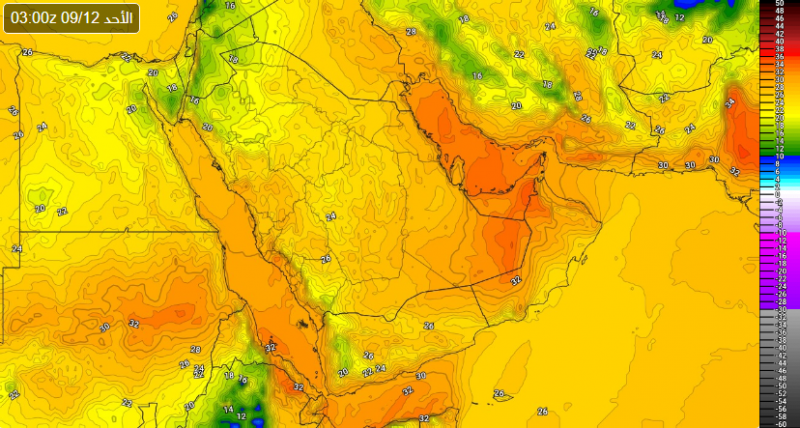 Arab Weather warns that such large temperature changes will contribute significantly to raising the rates of cold and flu diseases, so we advise our followers to wear clothes that match these temperature changes, especially in the night and early morning hours.