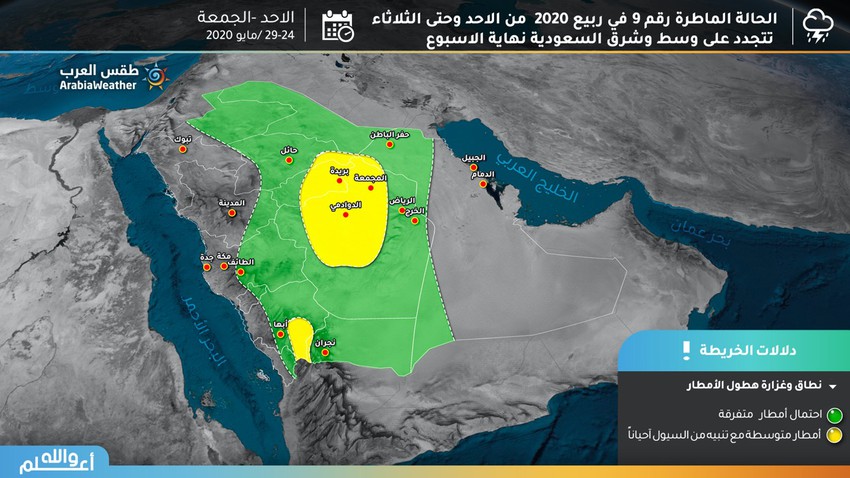 Weather of the Arabs - God willing, it is expected that an unstable weather will prevail during the Happy Eid period, especially from the beginning of next week in many Saudi regions, accompanied by activity in the exciting wind speeds of dust and dust, as well as a decrease in degrees of heat in the north.

After a long period of influence of a very hot air mass on many Middle Eastern countries, including Saudi Arabia, temperatures will drop to the north and northwest of the Kingdom as of Sunday due to a rush of a relatively cold air mass from the Levant and eastern Mediterranean regions, while the atmosphere remains Hot in the rest of the regions.

With the relatively cold air mass entering the north of the Kingdom, and due to the large variation in temperatures, it is expected that the western winds will extend significantly on Sunday and Monday, which may lead to the formation of dust waves on each of Al-Jouf and the northern borders, Hafr Al-Batin and North Hail.