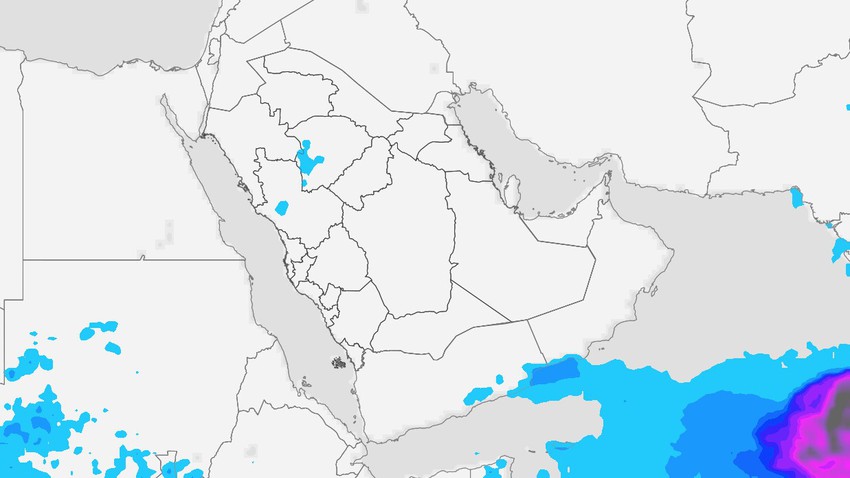 Arab Weather - God willing, it is expected that a state of air instability will arise in areas in western Saudi Arabia on Tuesday, and include all of western Hail and Al-Qassim, in addition to the heights of Medina and Taif, where thunderstorms of rain will fall in the afternoon and afternoon hours.

Northwesterly winds blow briskly in the east of the Kingdom at noon and Tuesday afternoon, as these winds raise dust and dust in Hafar Al-Batin and Al-Sharqiya, and reaching Al-Ahsa.

These winds are known locally as the Al-Bawareh winds, which are monsoons that blow over the Arabian Gulf region during the summer period.