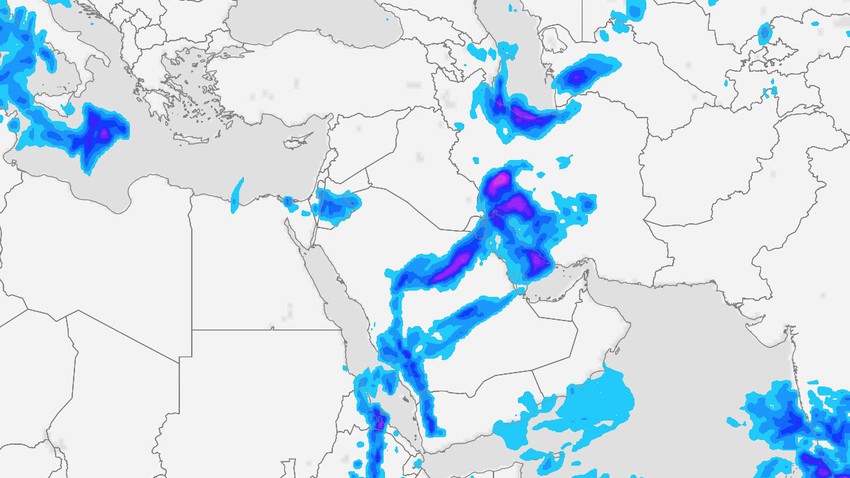 Weather of Arabia - The outputs of numerical models indicate that the Kingdom of Saudi Arabia, starting from the afternoon of Wednesday, is affected by a strong state of air instability, as heavy thunderstorms begin to rain in the regions of Abha and Jizan and extend towards Makkah Al-Mukarramah and the holy sites may be accompanied by showers of cold.

It is expected that there will be a significant increase in the state of air instability during Thursday and the end of this week, so that the area of heavy rainfall will expand to include large parts of Saudi Arabia, and heavy showers of cold are not excluded. Air stability.

The state of atmospheric instability is caused by the flow of large amounts of moisture in the different layers of the atmosphere!

The reason for the emergence of unstable weather conditions is due to the influx of large amounts of moisture in the different layers of the atmosphere as a result of the remnants of the tropical state in the Arabian Sea (Jati) and this coincided with the extension of a warm air mass in the lower atmosphere, which contributed to the intensification of the impact of the outlook.

Important advice to follow when driving in foggy weather