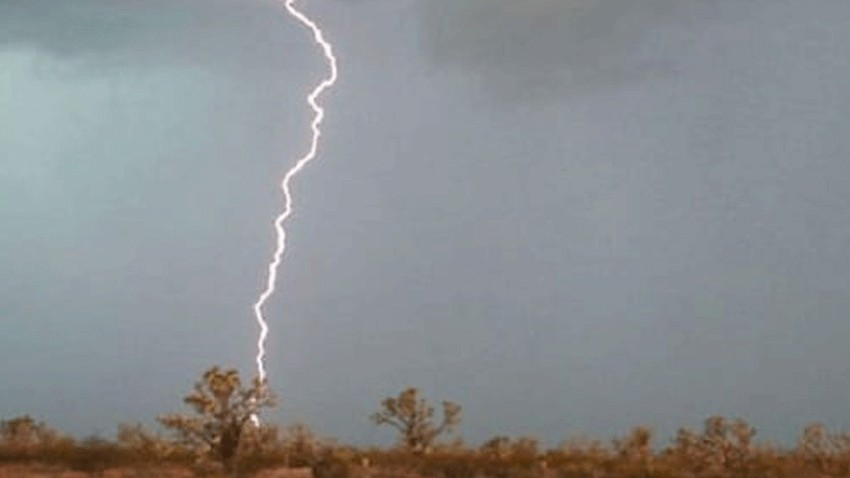 Arab weather - A thunderbolt that struck Mount Afar, located between the centers of Yalamlam and Jadam in Al-Laith Governorate in Saudi Arabia, caused fires in parts of the mountain about two days ago, while the fires continued to burn without anyone being able to reach the site in light of the difficult terrain.

The residents pointed out that getting to the place of the fire is very difficult, as no one will be able to reach it except by plane, they said.

The Saudi National Center of Meteorology, through the early warning system, alerted about the expected weather in the coming hours in Sharqia, Riyadh, Makkah Al-Mukarramah, Asir, Al Baha, Jazan and Madinah.

Seasonal Bulletin | Weather forecast for fall 2022 in the Arab world

Sultanate of Oman | With the start of the Serbian season in the Governorate of Dhofar, the features of the weather change and the beauty of nature is revealed