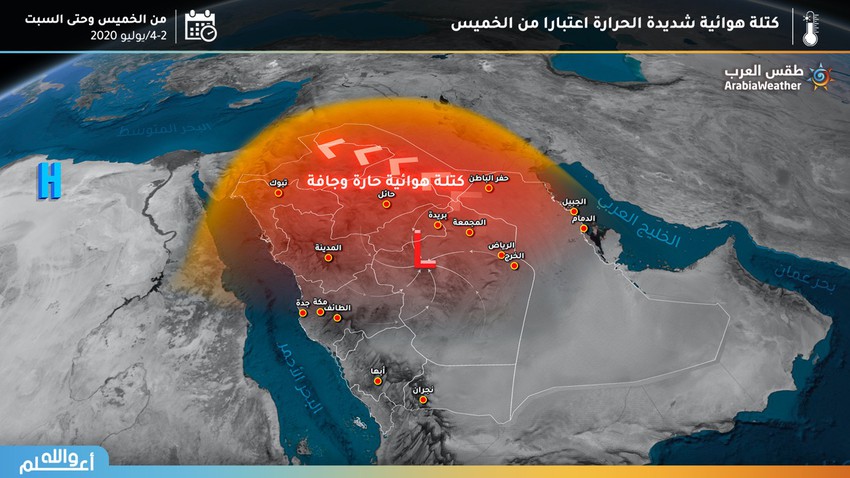 Arab Weather - Temperatures are expected to rise significantly in northern Saudi Arabia at the end of the week due to the rush of a very hot and dry air mass from the center of the Arabian Peninsula towards the north of Saudi Arabia and the Levant, and the weather will be very hot.

The southwestern highlands continue to be affected by thunderstorm clouds at noon and afternoon on a daily basis, which are light and sporadic in character, but numerical patterns indicate an increase in thunderstorms in the southwest of the Kingdom, starting next Saturday, when the rains become more abundant on the highlands of Jizan, Asir and Al-Baha, as not Thunderstorms in the desert of the Empty Quarter and the southernmost parts of the Kingdom are unlikely to occur during the weekend.