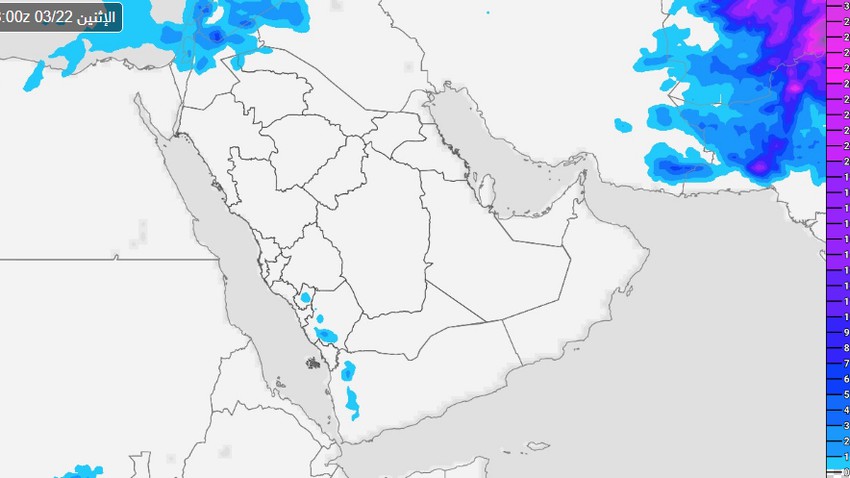 Arab Weather - Sinan Khalaf - God willing, it is expected that separate parts of the Tabuk and Al-Jawf regions will be affected on Monday by a weak state of air instability, which is generally characterized by randomness.

The reason for this state of atmospheric instability is due to the weak activity of the Red Sea depression, which leads to the flow of quantities of moisture into the high atmosphere, and thus clouds form in limited and random areas.

Follow the movement of thunderstorms via satellite from here