Saudi Arabia | Active winds and dust expected to the north, in conjunction with a cold air mass rushing towards the region on Friday 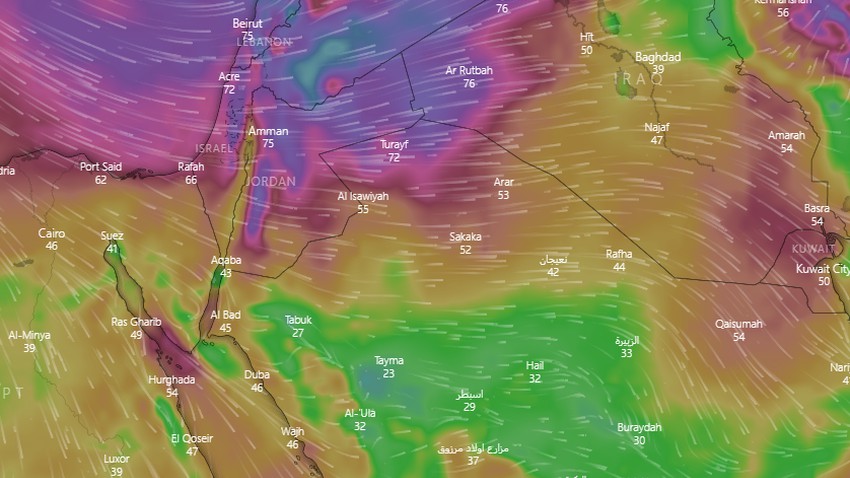 Arab weather - Sinan Khalaf - The Levant region and the northern parts of the Kingdom of Saudi Arabia are affected by an air depression accompanied by a very cold air mass, which creates unstable weather conditions accompanied by active northwesterly winds to strong speed that raise dust. 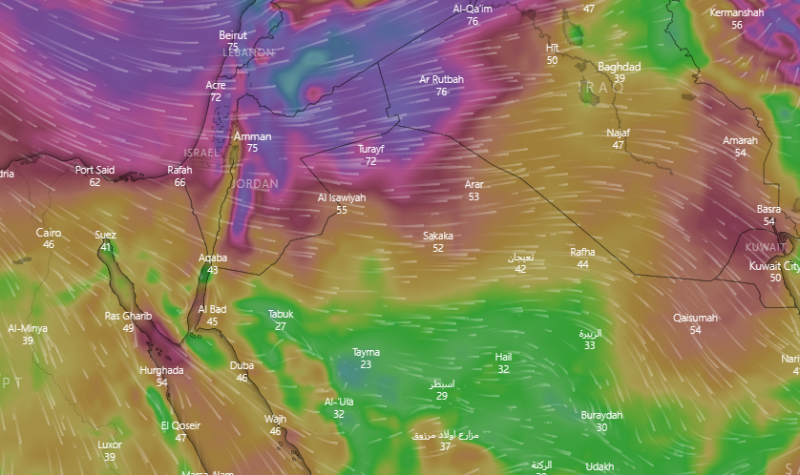 It is expected that the impact of this depression and the accompanying winds will focus on the northern sector of the Kingdom, especially Al-Jawf and the northern borders, and some wind gusts in these areas are expected to reach a speed of up to 80 km/hour, raising the possibility of dust waves emerging in these areas.

Accordingly, it is expected that the weather will be unsuitable on Friday for land trips and kashtaat in both Al-Jawf and the northern borders due to strong winds and high chances of dust.