Saudi Arabia | Active winds and dust raised in parts of the north and center of the Kingdom on Tuesday, and thick fog over the Eastern Province in the morning 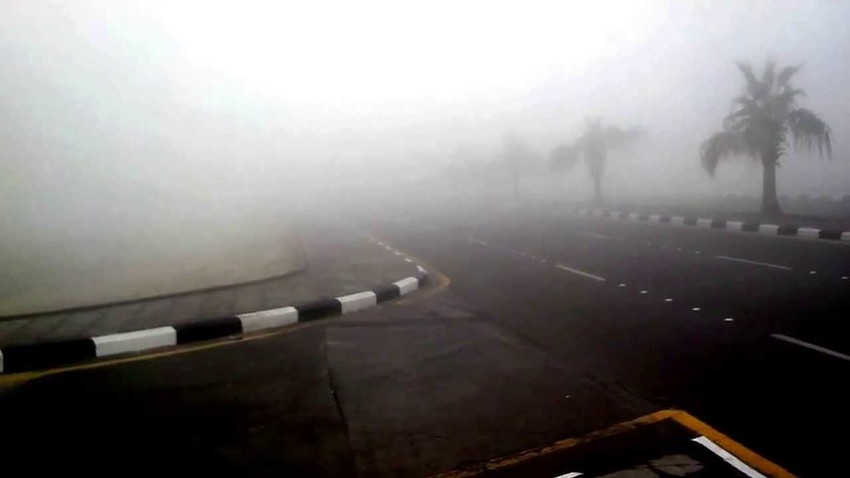 Weather of Arabia - The weather maps resulting from computer simulations indicate expectations of the recovery of the semi-tropical air high in the north of the Kingdom, so that both high and low temperatures will rise in parts of the north and north of the center on Tuesday, including the northern border regions, Al-Jawf, Hail, Al-Qassim and Medina, This coincides with the blowing of dry and hot south winds.

In the details, the weather is expected to be hot in most regions of the Kingdom on Tuesday, and mild in the southwestern highlands, and medium clouds spread in the afternoon hours over parts of the highlands of Jazan, Asir and Al Baha, which may be accompanied by thunder showers of rain in some areas, and the southern winds activate. The western parts of Hail and the east of Medina and the northern borders may raise some dust and dust in some areas, especially the external roads. 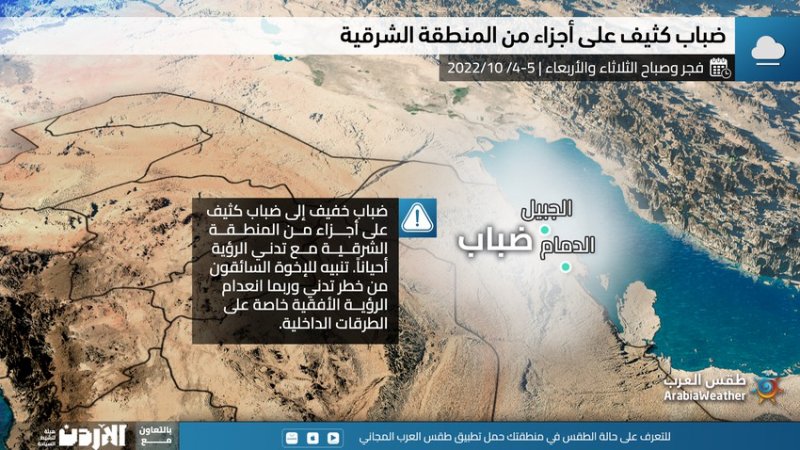