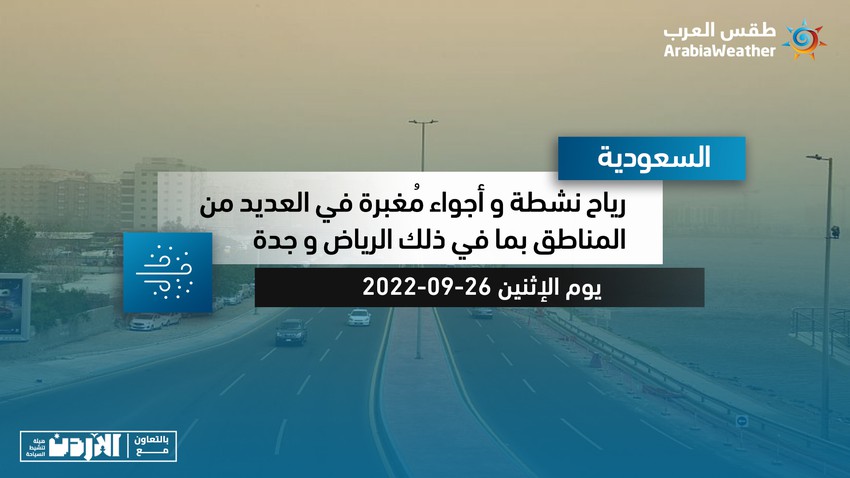 Arab weather - weather maps indicate the continued activity of the north and northwest winds in several parts of the eastern and central regions on Monday, causing dust and dust in many areas, including the capital, Riyadh, and the weather will be relatively hot in the northern regions, while it remains hot in the rest of the regions The Kingdom is moderate over the southern highlands, and with the passage of daylight hours on Monday, medium clouds cover most of the western sector of the Kingdom, interspersed with cumulus clouds in general on limited parts of the highlands of Jazan and Asir, accompanied by scattered showers of rain, which may be heavy at times.

Simultaneously with this atmosphere, the Saba winds blow over the Holy Makkah region, including the city of Jeddah; As a result of the control of an air mass of less surface temperature over large parts of northern and central Saudi Arabia, accompanied by a shallow air rise over those areas, the eastern winds activate the morning and noon hours on the city of Jeddah and cause a rise in dust rates in the atmosphere, provided that the winds turn to the southwest in the afternoon hours and decrease Dust levels in the air again. 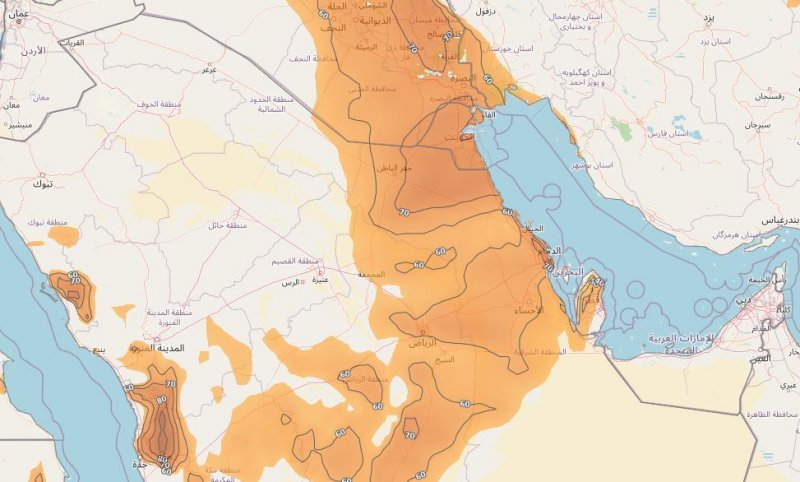