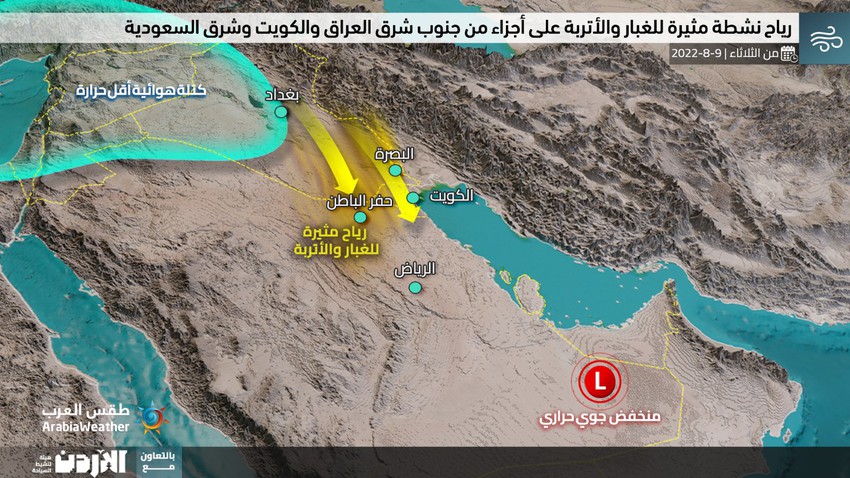 Arab Weather - Computer modeling maps in the Arab Weather Center show the continued localization of a hot and dry air mass over most regions of the Arabian Peninsula, especially the eastern ones, leading to a deepening of the atmospheric temperature depression in the southeast corner, in conjunction with the flow of a less hot air mass over Iraq and the north of the island This leads to the formation of a large difference in the values of atmospheric pressure between these two regions.

The distribution of air masses in this way results in active northwesterly winds with strong gusts sometimes from southeast Iraq, passing through the airspace of Kuwait, especially the western ones, and reaching the north of the eastern region, including Hafr Al-Batin, and extending to some central regions, and it is expected that these winds will provoke Dust and a decrease in horizontal visibility levels in some of the aforementioned areas during the coming days, God willing. 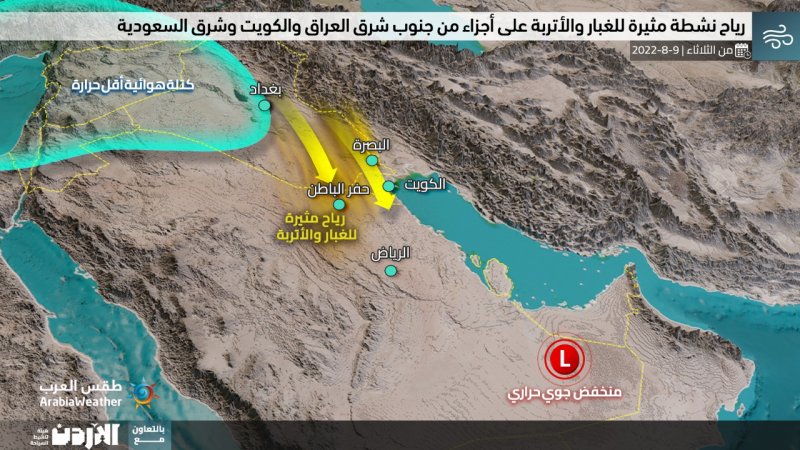 In conjunction with this atmosphere, weather turbulence continues, God willing, along the western sector of the Kingdom on a daily basis during the current week, so that opportunities for cumulus formations remain during the noon and afternoon period in many areas. More details here