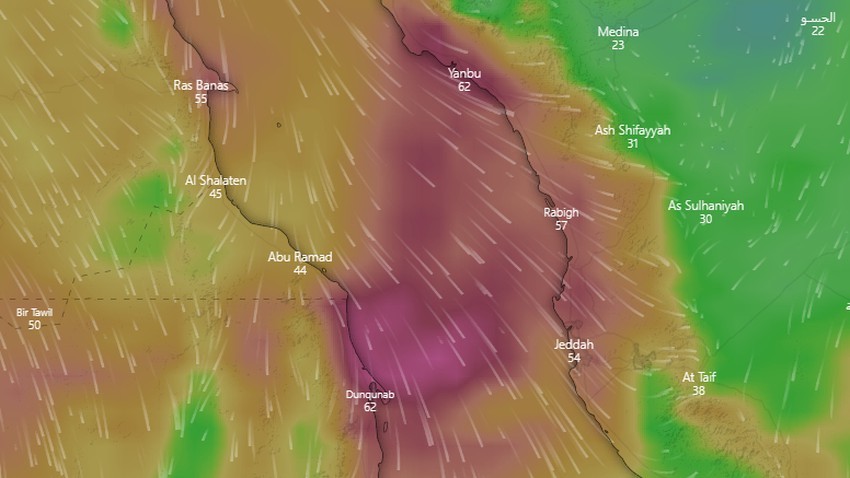 Turbulent sea and a remarkable rise of waves

In the details, it is expected, God willing, that large parts of the center of the Red Sea region "between Jeddah and Yanbu" will be affected on Tuesday by active northerly to northwesterly winds that disturb the sea and remarkably high waves. 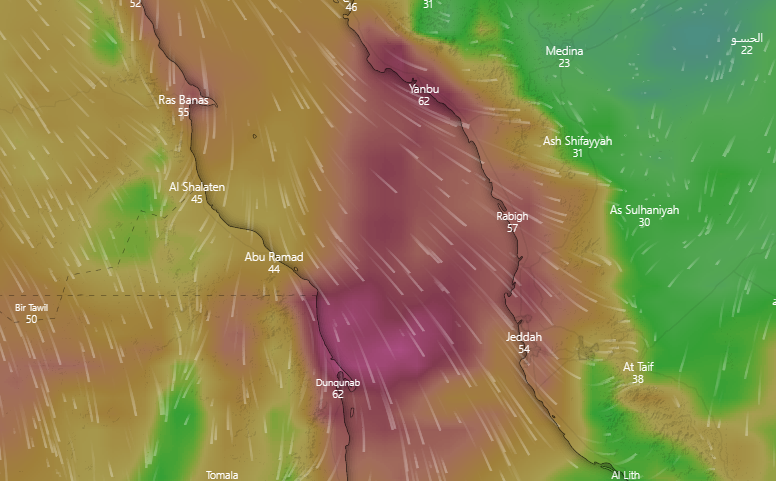 Based on the foregoing, Arab Weather advises its followers from these areas to avoid going to the sea on Tuesday due to the large rise in sea waves and its great turbulence.