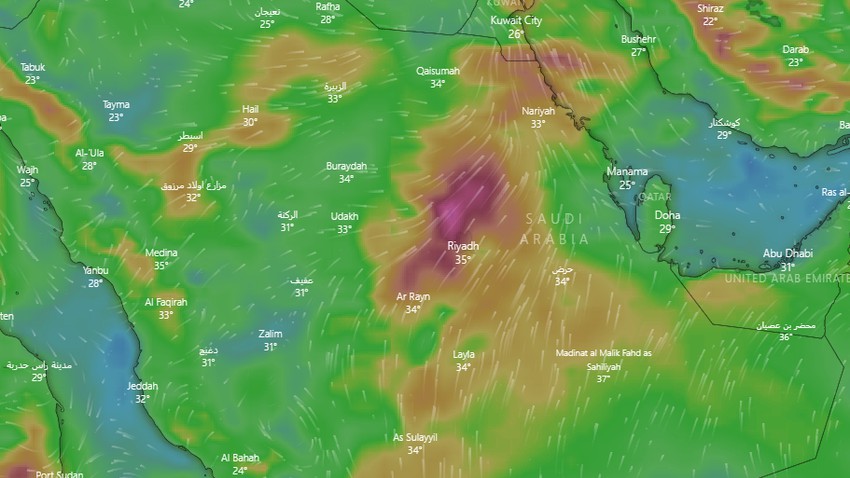 Arab Weather - Sinan Khalaf - The latest weather forecast issued by the Arab Weather forecast staff indicates that the central and eastern parts of the Kingdom will be affected on Wednesday and Thursday by active south-west winds that are working to raise dust and dust.

It is expected that the effect of these winds will include on Wednesday and Thursday, God willing, the entire eastern parts of the eastern and central parts of the Kingdom, and may include the capital Riyadh at times, especially the northern and eastern parts of it, as it will reduce the range of horizontal visibility.

These winds have many negative effects, especially on patients with respiratory system and eyes, as a result of their striking dirt and dust, which requires them to follow the necessary preventive measures to prevent health complications, God forbid, and it also requires drivers to be careful while driving on the roads in the event of a decrease in the horizontal visibility By dust.