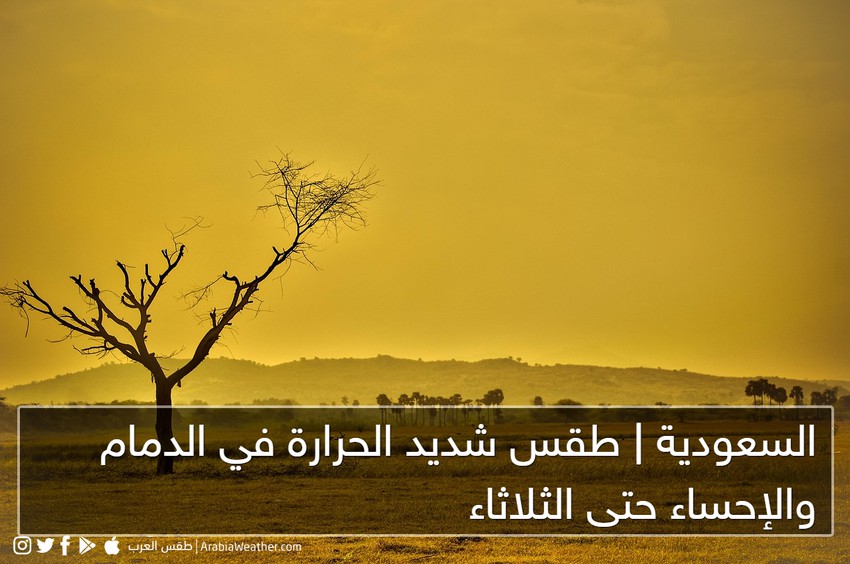 The weather in Arabia - Sinan Khalaf - temperatures rise dramatically in Dammam, Al-Ahsa, and in the general eastern region, while some parts of these areas are expected to record temperatures that may touch 50 degrees Celsius.

The expected temperatures are higher than normal for this time of the year, with the average temperature in Dammam during June 45 degrees Celsius.

See temperatures in your area by clicking here

Caution from long exposure to sunlight

Here we note the need not to direct and prolonged exposure to sunlight in the afternoon and afternoon periods, in order to prevent the risk of sunstroke, and we advise a lot of drinking water to compensate for the lack of fluids resulting from sweating.

Urgent | Oman Meteorology issues Alert No. 1 about the tropical state in the Arabian Sea