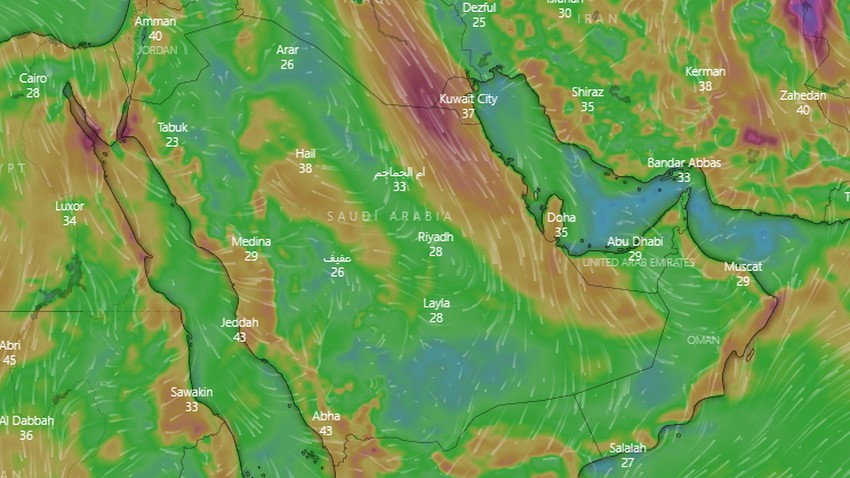 Arab Weather - Sinan Khalaf - The latest output of the computer simulation systems for wind movement shows the possibility that the eastern sector of the Kingdom will be affected this afternoon, Tuesday, with a remarkable activity of Al-Baarih winds that raise dust and dust.

Areas covered by Al-Bawareh wind and dust for Tuesday

It is expected that the southern parts of Iraq, in addition to Kuwait and the northern sector of the eastern region of the Kingdom of Saudi Arabia, will blow active northwesterly winds with strong gusts at times. Al-Khafji and the border areas with Kuwait all the way to Al-Ahsa and Hofuf. 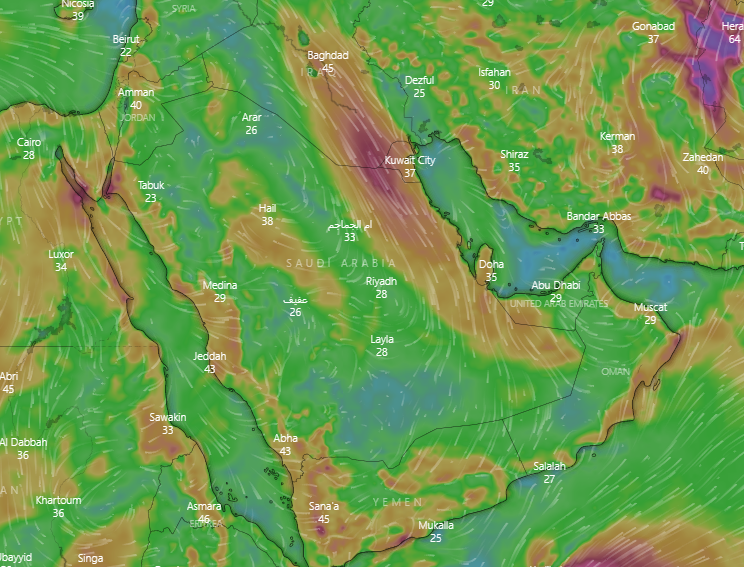