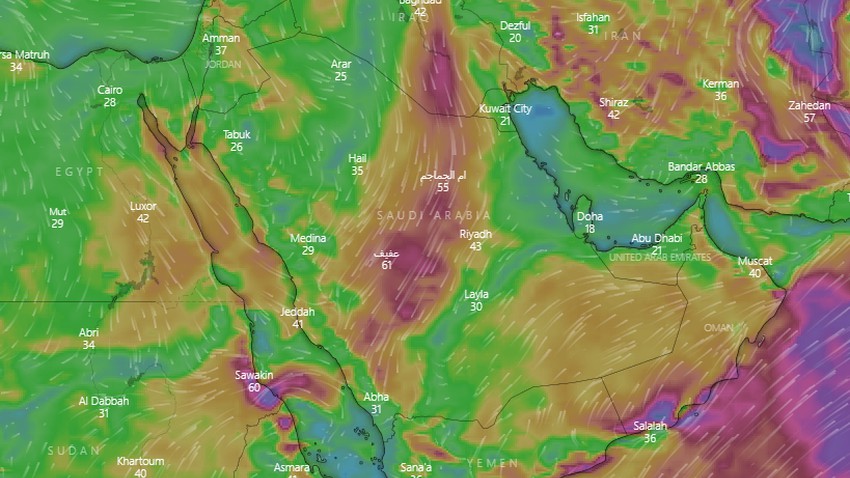 Weather of Arabia - Sinan Khalaf - It is expected, God willing, that the Al-Bawareh winds will be remarkably active on Monday over the southern parts of Iraq and Kuwait, in addition to the eastern region of the Kingdom of Saudi Arabia, all the way to the Riyadh region, where winds blow from north to northwest, active speed with gusts Strong at times, amid hot and exhausting weather expected in those areas. 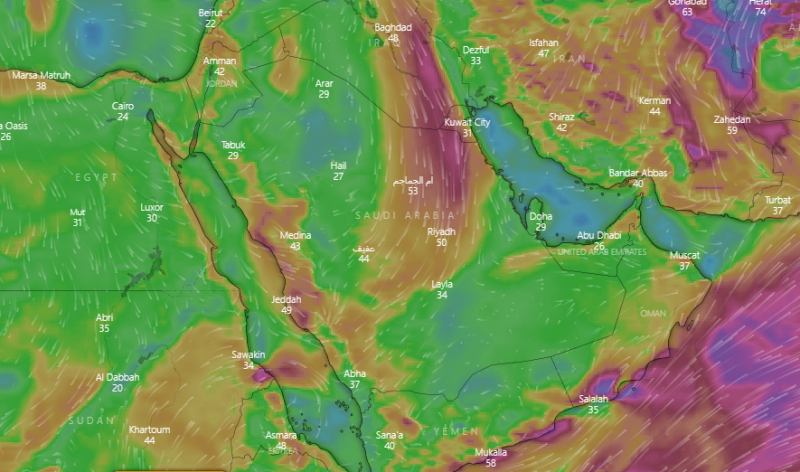 In the details, an air high dominates in the north and northwest of the Arabian Peninsula in conjunction with the extension of the Indian seasonal depression across the Arabian Gulf towards the eastern region and Kuwait, where the large difference in atmospheric pressure between both air systems leads to strong northwest winds blowing towards those areas. The wind in the name of the wind.

The expected active winds will raise dust and dust in the southern parts of Iraq and the general regions of Kuwait, as well as large parts of the eastern region of Saudi Arabia and possibly the Riyadh region.

This atmosphere requires respiratory and eye patients to beware of exposure to dust and raised dust for fear of complications, and requires drivers to be careful while driving on the roads in the event of reduced horizontal vision due to dust.