Saudi Arabia | Al-Bawareh is active in the region on Friday, and Arab weather determines its possible effects on the Kingdom 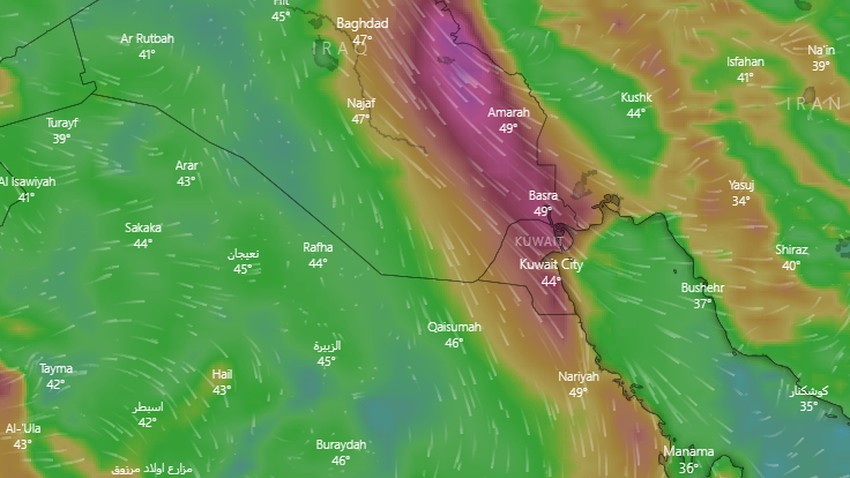 Arab Weather - Sinan Khalaf - The weather forecast staff in Arab weather warned of the possibility of a return to the effect of the activity of the northwest winds, known locally as the Al-Bawareh winds, on parts of Iraq and Kuwait on Friday, with an opportunity for some dust transferred from these areas to extend towards the far north of the eastern region of the Kingdom. Saudi Arab.

Weather forecasts indicate that the region will be affected by the blowing of northwesterly winds, starting with the regions of southern Iraq, which are remarkably active and dusty to move quickly towards Kuwait, but become weaker when entering Saudi lands, which will prevent dust and local dust, but some dirt and dust may reach Transferred from Kuwait to Khafji. 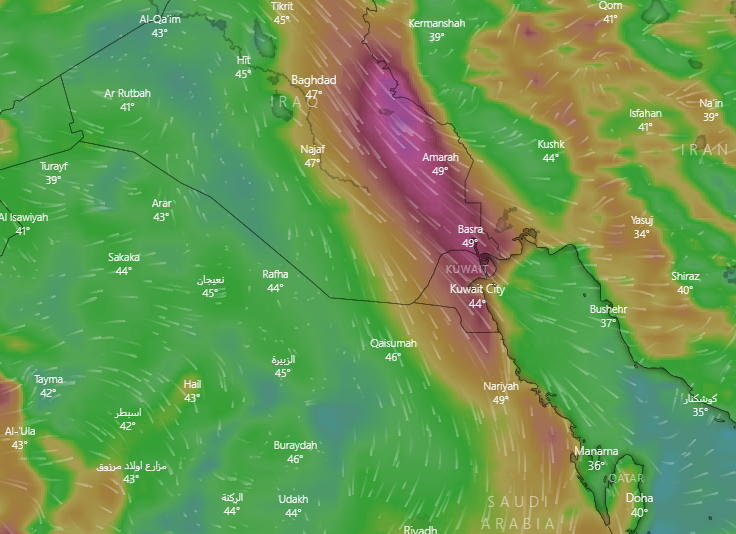 Other countries are in the dust

Direct effects of wind and dust on Qatar, Bahrain and the UAE

As for Qatar, Bahrain and the UAE, these countries will not be far from the dust target, as it is expected that they will also be affected by a remarkable activity on the speed of the winds that raise dust and dust, but less severely than it will be in Kuwait and eastern Saudi Arabia, and its impact will focus on the internal parts and God knows best.

Why energize Albawareh winds in the summer?