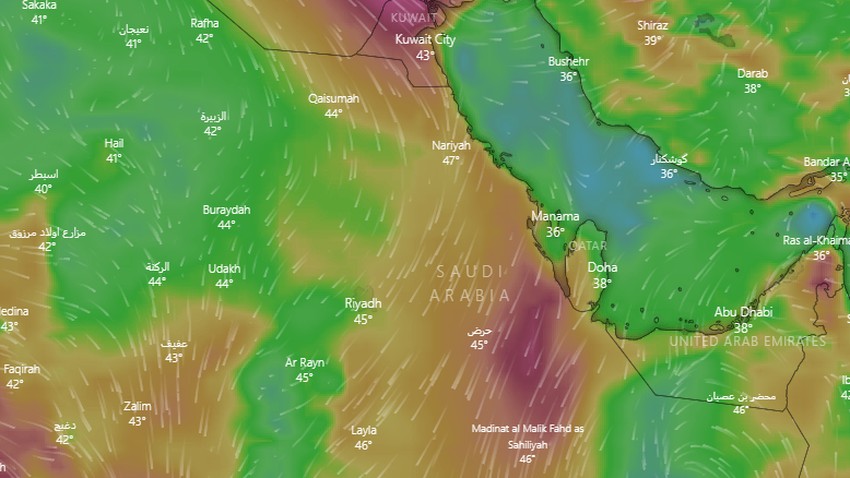 Arab Weather - Sinan Khalaf - The weather forecast staff in Arab weather warned of the possibility of a return to the impact of the activity of the northwest winds, known locally as the Al-Bawareh winds, on parts of Iraq and Kuwait on Friday, with an opportunity to extend their influence towards the eastern parts of the Kingdom, especially Al-Ahsa and south of the Riyadh region.

Weather forecasts indicate that the region will be affected by the blowing of northwesterly winds, starting with the regions of southern Iraq, which are remarkably active and dusty to move quickly towards Kuwait, but become weaker when entering Saudi lands, which will prevent dust and local dust, but some dirt and dust may reach Transferred from Kuwait to Khafji. 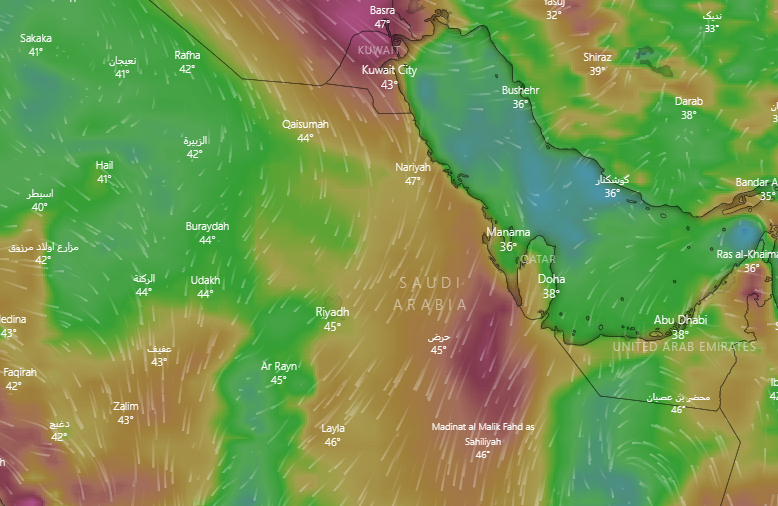 As for Al-Ahsa and the south of the Riyadh region, it will be exposed to strong northwesterly winds, which are expected to reduce horizontal visibility relatively, especially on external roads.

Why energize the winds Albawareh in the summer?