Saudi Arabia - Alert | A lower temperature air mass will cross the northwest of the Kingdom in the coming hours, causing dense dust waves in some areas..Details 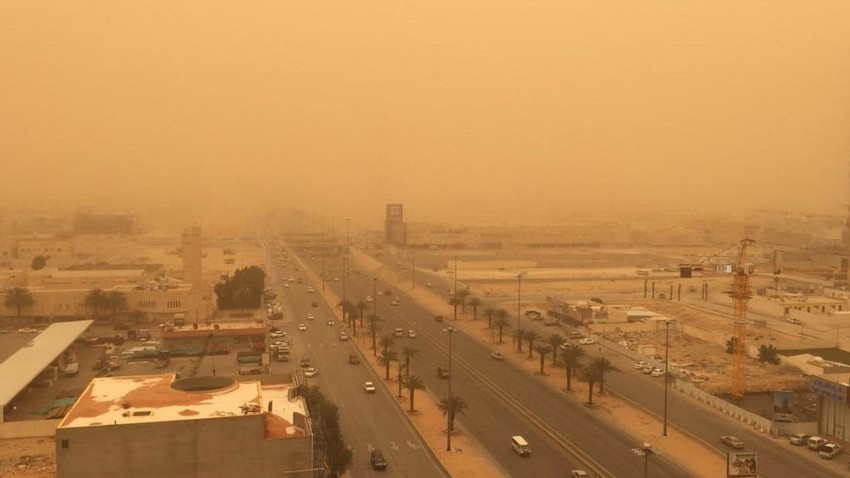 Arab Weather - The outputs of numerical modeling show expectations of a less hot air mass rushing during the evening hours of Sunday 15-5-2022, causing a significant decrease in temperatures and a significant activity in wind speed, which would create dust waves in some areas.

Active winds raise dust in parts of Al-Jawf, the northern border, and Tabuk

In the details, the northwest of the Kingdom will cross in the coming hours a less heated air mass coming through the eastern Mediterranean and the Levant, increasing the difference in atmospheric pressure values, which leads to great activity in the speed of the northern winds, some of whose gifts exceed the 80 km/h barrier, and these are considered Winds are likely to create dense dust waves in parts of Al-Jawf, the northern border, and Tabuk.

It is expected that there will be a significant decrease in temperatures in the northwest of the Kingdom with the hours of the night of Sunday / Monday and during the day on Monday, compared to the day on Sunday, God willing.