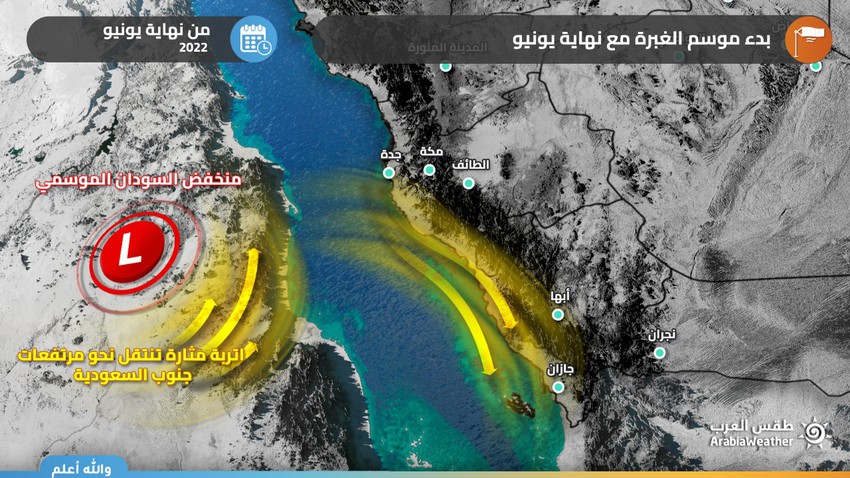 Weather of Arabia - Sinan Khalaf - It is expected, God willing, that the influence of the active seasonal winds, locally defined as the "dustra season", will be renewed on the coastal areas south of the Red Sea, starting on Wednesday, and it includes the Jazan region, Al-Laith, Al-Qunfudhah and the coastal road, which will significantly decrease the extent of horizontal visibility. , to be repeated almost daily in the coming days. 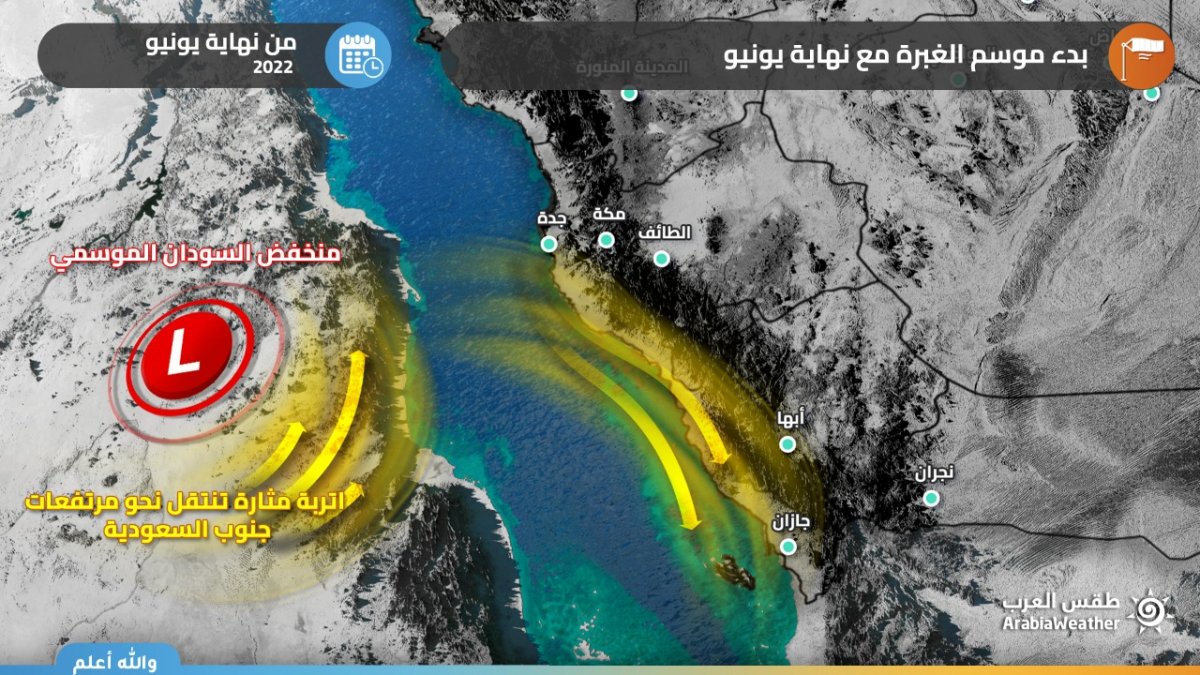