Saudi Arabia | Al-Musnad confirms that the amount of rain that fell on Jeddah within 6 hours is equivalent to what falls on Riyadh in an entire season! 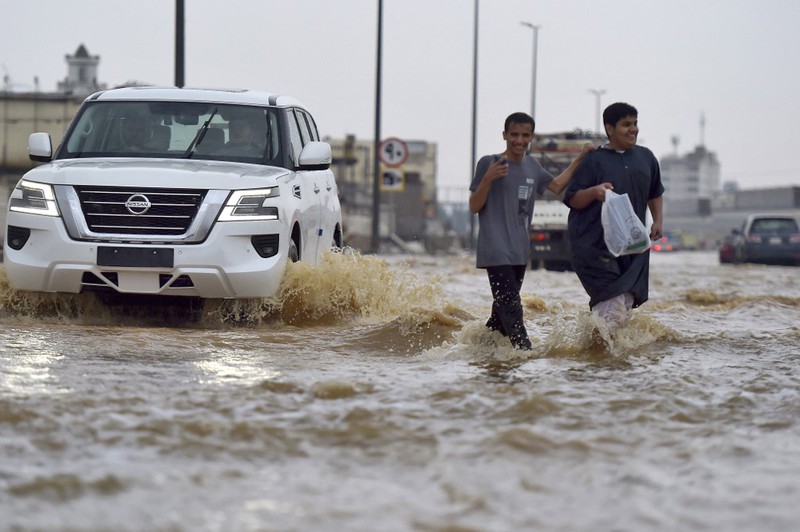 Weather of Arabia - Professor of Climate at Qassim University (formerly), Vice President of the Saudi Weather and Climate Society, Prof. Dr. Abdullah Al-Misnad, said in a tweet to him via Twitter that the amount of rain that fell on the city of Jeddah on Wednesday 11/24/2022 AD, and within only 6 hours, is equivalent to what falls On the capital Riyadh during the whole year.

Al-Misnad said that this large amount of rain is flooded by major global cities, due to its abundance over a short period of time.

And the monitoring stations of the Al Watan Center for Meteorology recorded high amounts of rain, amounting to 169 mm, in southern Jeddah, from 8 am to 2 pm.

Heavy and precipitation amounts to #Jeddah this morning, especially its south, amounted to 169 mm‼️
From 8 a.m. to 2 p.m., according to weather forecasts.

This means that what Riyadh receives in terms of rain in a full season, it fell in Jeddah within only 6 hours!! ️, and this is an amount that many international cities flood.