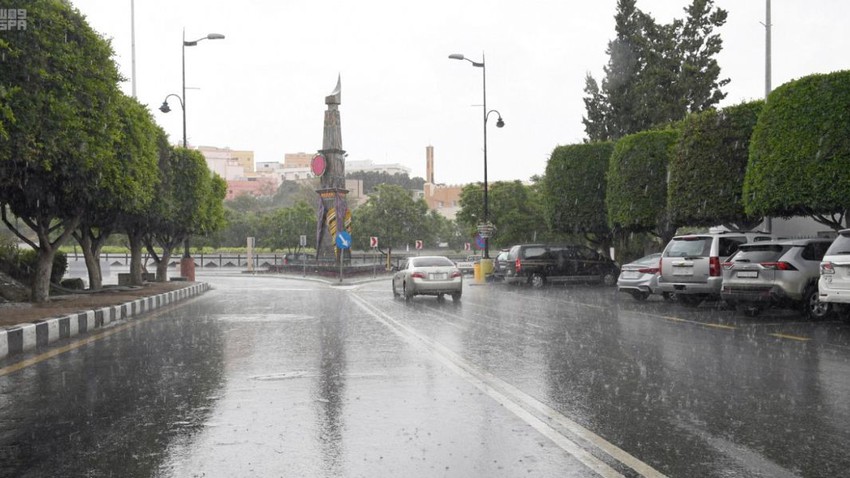 Arab weather - weather maps that simulate air masses indicate that the northwestern regions of the Kingdom will be affected by Thursday (Northern Borders, Al-Jawf, Hail, Tabuk, Madinah) all the way to Al-Qassim with the air mass less hot than usual, so that there is a further decrease in temperature levels. Temperature, so that a relatively hot atmosphere prevails in those areas during the day, while it remains hot to very hot in the rest of the Kingdom, with the exception of the southwestern highlands, which naturally live in a temperate atmosphere.

The highlands of Jazan and Asir continue to be affected by unstable weather conditions, so that with the noon and evening hours there is an opportunity for thunderstorms of rain, God willing, to fall on separate areas of the heights, which may be heavy in some narrow geographical areas and accompanied by the occurrence of thunderstorms. 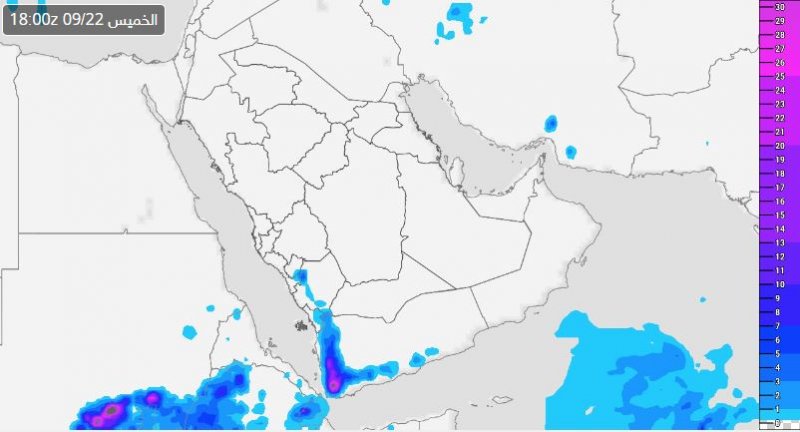 And the atmosphere at night turns hot, God willing, in most regions of the Kingdom, while it tends to get cold in the late night hours and early morning in the highlands of Tabuk, and surface humidity levels rise on the coastal areas, God willing.