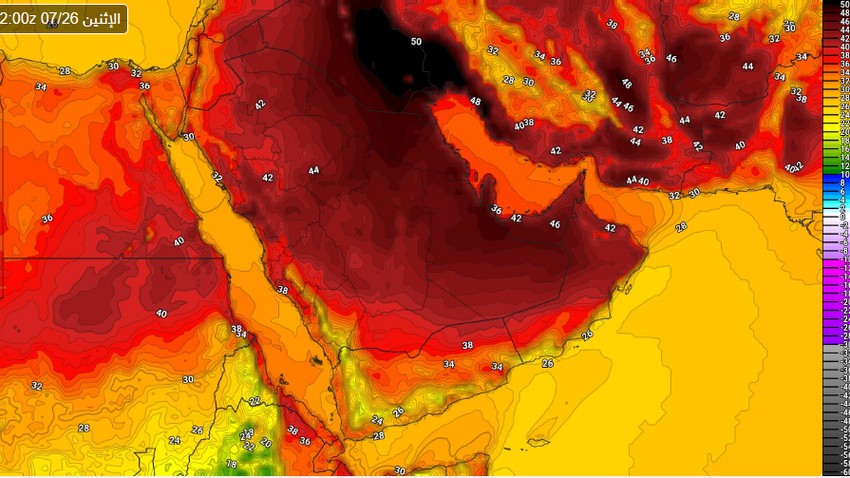 Arab weather - Sinan Khalaf - It is expected that the central and eastern parts will be more affected, as of Monday, by a hot and dry air mass, which is reflected on the ground by raising temperatures significantly and remarkably.

The temperature is around 45 degrees Celsius in Riyadh 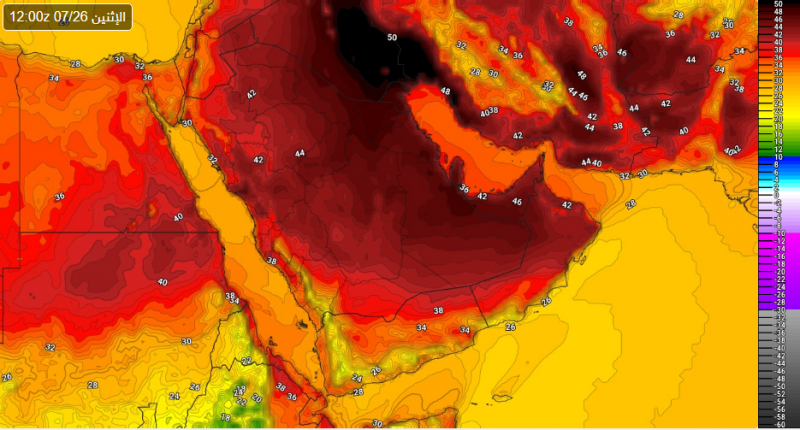 The interior parts of the eastern region of the Kingdom, such as Al-Ahsa, are also affected by high temperatures, exceeding the 47 degrees Celsius barrier in some areas.