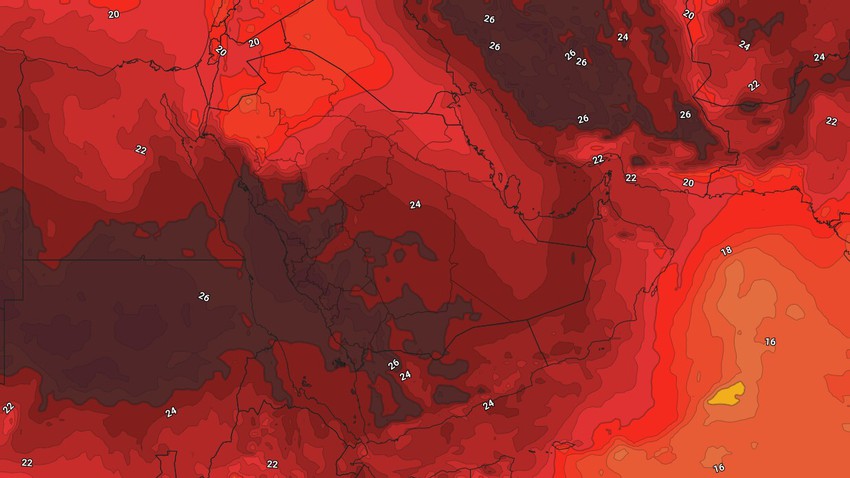 Arab weather - weather maps that simulate the movement of air masses show expectations of a less hot air mass rushing in the northwest of the Kingdom on Thursday, so that there is a decrease in temperatures in those areas and the heat declines in several parts of them, and temperatures in the city of Jeddah decrease with permission God, after witnessing a very hot and dry atmosphere during the past days.

As for the night, the weather is warm in most regions of the Kingdom, and moderate in the northern and northwestern regions and the southwestern highlands, and even tends to get cold with the late night hours and early morning in parts of the highlands of Tabuk, Hail, Al-Qassim and Al-Jawf, God willing.