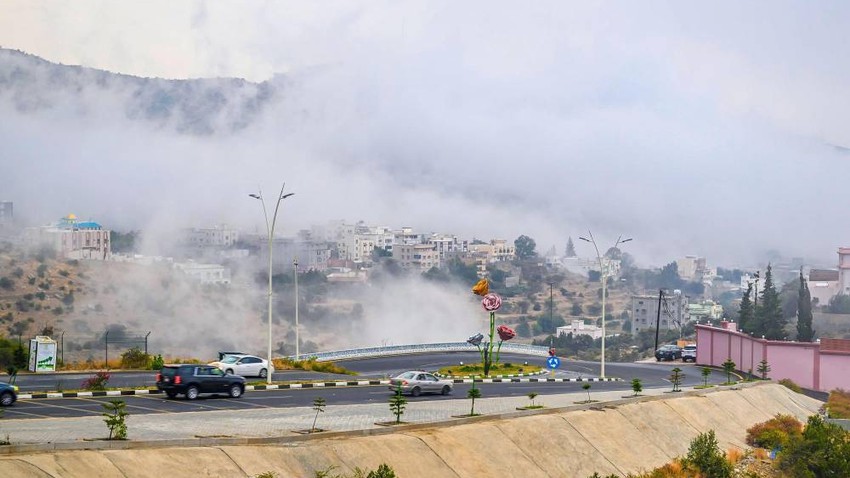 Weather of Arabia - Weather maps indicate predictions of an autumn air mass with temperatures lower than their usual rates in the north-central regions of the Kingdom during this weekend, and it is expected that humidity levels will rise at night in many coastal areas with the possibility of fog forming in some areas.

In the details, it is expected that temperatures will be lower than their usual rates on Friday and Saturday in the northern border regions, Al-Jawf, Hail, Al-Qassim and the north of the Riyadh region. Of course, moderate, and the afternoon hours prepare for showers of rain on parts of the highlands and Tihama, Jizan and Asir, and the winds are moderate in most areas, and the northeast is active on parts of the heights and coasts of Tabuk, including Umluj.

As for the night hours, the weather is moderate in most regions of the Kingdom, while it tends to get cold on parts of the highlands of Qassim, Hail, Al-Jawf and Tabuk, and humidity levels rise and fog or light fog is formed on parts of the coasts of Makkah Al-Mukarramah with the hours of dawn and morning, including neighborhoods of the city of Jeddah Especially the southern ones.